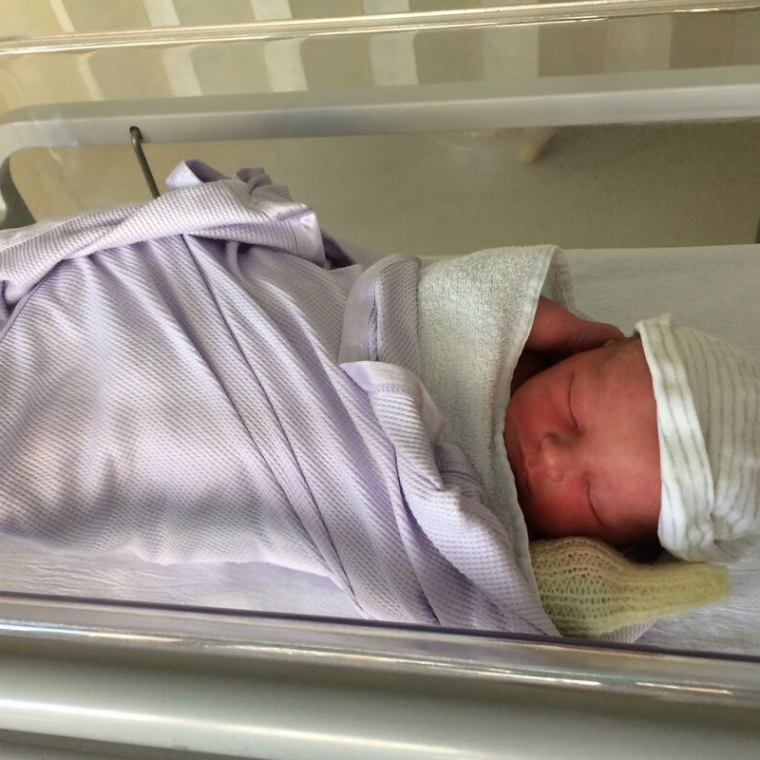 Mum Naomi writes “Joseph Leuan Emmanuel was born on 17th December 2018. I had a private 6 week scan as is standard with IVF. In the waiting room I found a private GBS testing service advertised and it reminded me that I had heard of a relative of an acquaintance who had sadly lost her newborn son to group B Strep. I went home, researched the topic and later in pregnancy ordered a vaginal and rectal swab test.

As someone with infertility, I was used to informing myself and not expecting much help from the NHS. My midwife agreed to inform my hospital in advance but had offered no comments or advice. I made sure I was armed with the group B Strep protocol and ordered the alert stickers.

The day before his due date my waters broke prior to contractions so I phoned the hospital and asked to be admitted straight away for antibiotics. The hospital was full and was diverting women to other areas but they agreed to let me in. There were no midwives available to do my induction, no beds for delivery, and they lost my paper notes, but they had enough information in my electronic notes to give antibiotics up for 48 hours, after which time they had to induce so as not to breach the guidelines.

Eventually after a failed epidural, Joseph was delivered with forceps. He was well but was given additional intravenous antibiotics for 24 hours due to prolonged rupture of membranes. I was treated for a chest infection and intraoperative haemorrhage but recovered quickly.

I was very fortunate that the hospital knew and followed the guidelines despite being severely overcrowded and understaffed so that our miracle baby was born healthy and has been so ever since!”