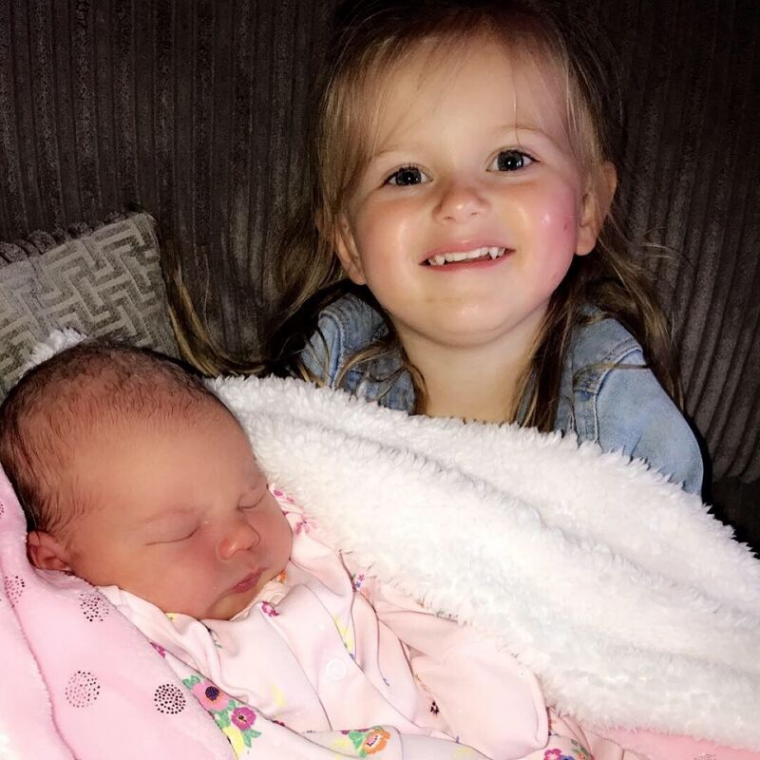 Mum Clara told us “This is Paige now aged 3. I tested positive with Paige twice during my pregnancy through a urine test which I received oral antibiotics for and then again on a swab. Being aware meant I was able to get my antibiotics during labour Paige is doing well with no complications.

Subsequently 8 weeks ago baby Kali was born, I again tested positive during pregnancy the same as with Paige. I received IV antibiotics at birth and all being well Kali is perfect.

I became group B Strep aware after suffering a late miscarriage to a little boy at 16 weeks nearly 4 years ago now, it was in my urine and on the baby’s placenta. The doctor clarified this played a massive part in the fact I went into labour early. Midwife’s here always played it down so I never took it too serious until this happened.

After this loss I found the charity’s information online, this helped me massively for the following pregnancies. I try my best to spread awareness of group B Strep as awareness is key. I may not have my little boy but I have two beautiful healthy girls, group B Strep successes.”