What does my test result mean? 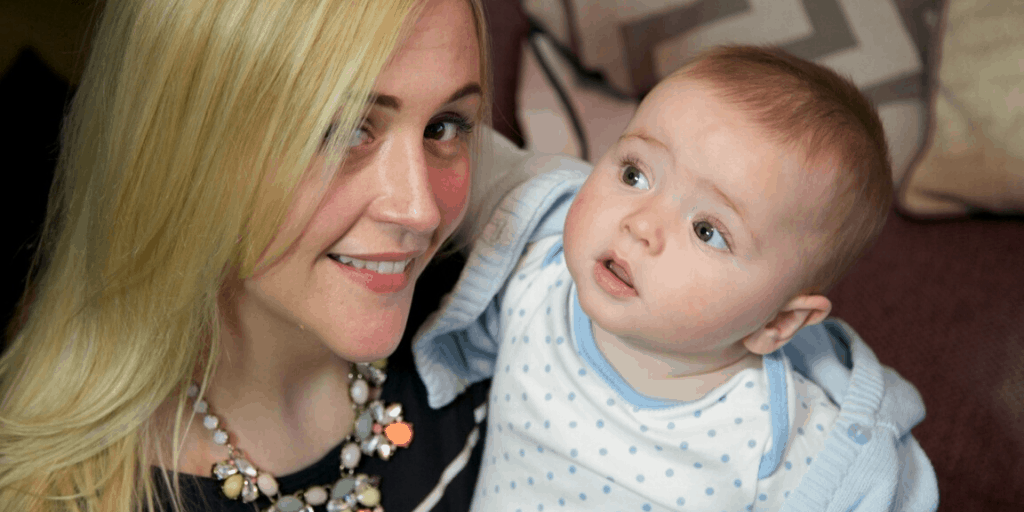 If you have just tested for group B Strep carriage, whatever the result, please don’t worry.

Carrying GBS is perfectly normal and natural and does not post a health risk or cause symptoms in the person carrying the bacteria. When you know you carry GBS, you can take steps to minimise the relatively small chance that your baby will develop GBS infection.

If you did a private test, it is important to tell your doctor/midwife the result, whether it’s positive or negative.

If group B Strep has been found during your pregnancy from a vaginal or rectal swab, treatment is NOT recommended until labour starts, when you should promptly be offered intravenous antibiotics*.

If group B Strep has been found from a urine sample during your pregnancy, you may have a urinary tract infection. If so, you should be given antibiotics to treat it. You should also be offered intravenous antibiotics when labour starts*.

*All UK national guidelines recommend that Mum should be offered intravenous antibiotics in labour if GBS has been detected during the current pregnancy.

Hear how Fiona Gibson found out about group B Strep, was tested, had antibiotics in labour and how baby Nate was born fit and healthy.

If you’re not pregnant and GBS carriage has been detected, then you don’t need to do anything. Carrying group B Strep is normal.

Are my vaginal symptoms caused by group B Strep?

We know of no convincing evidence that shows carrying GBS causes vaginal symptoms. Carrying GBS is associated with no symptoms. GBS detected from a vaginal swab means the vagina was colonised with GBS when the swab was taken – it does not mean GBS is the cause of any symptoms being investigated. 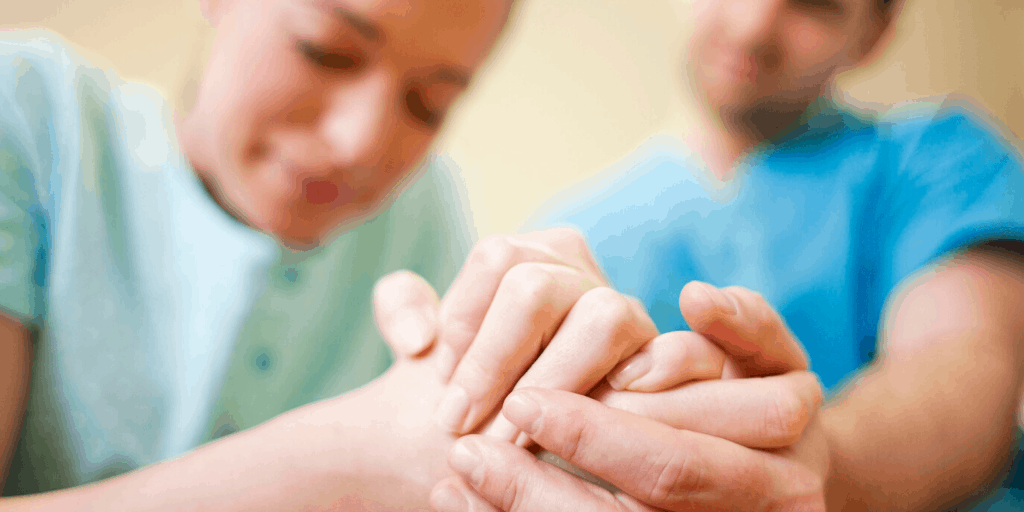 How reliable are my test results?

Group B Strep carriage status can change over longer periods of time. In countries which routinely test all pregnant for group B Strep, this is usually done between 35 and 37 weeks of pregnancy.

The reliability of a negative result from a test for group B Strep carriage depends both on where the samples were taken from, and on what method was used to process those samples.

If you were taking or had recently finished taking antibiotics when your samples were taken, this may affect your test results – speak with your midwife or doctor about this.

If an NHS ‘standard’ test result is negative

A negative group B Strep result from a standard NHS swab test is not reliable – this test gives a high proportion of false-negative results. This test only finds group B Strep about half the times it is present, so around half (50%) of those carrying group B Strep will be incorrectly told they are not.

If an ECM test (private or NHS) result is negative

A negative group B Strep result from an ECM test is highly reliable. Research has found that, when the ECM (Enriched Culture medium) test was properly performed within 5 weeks of the mother giving birth, a negative result was 96% predictive that she would not be carrying group B Strep when she gave birth (so only 4% of women acquired GBS carriage between the test and giving birth).

Read more about the different tests used to detect group B Strep here. 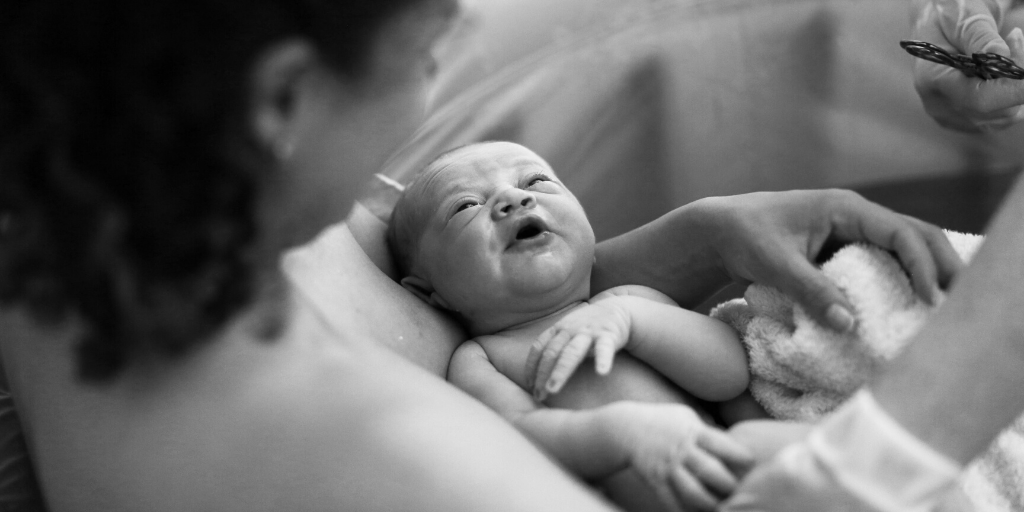 What are my options for where I give birth to my baby?

You can write a birth plan to help you tell your healthcare team what kind of labour you’d like, both what you would like to happen and what you wish to avoid. Carrying group B Strep does not always mean you need to change your birth plan.

You should discuss your planned place of birth with your doctor or midwife during pregnancy to make sure that you can have the antibiotics in labour to protect against GBS infection in your newborn baby.

Penicillin G is the antibiotic usually given (alternatives are available for women who are allergic to penicillin). Penicillin G is given intravenously (IV) for 15-30 minutes every four hours, and it may not be possible to arrange this at home or in some midwife-led units (particularly stand-alone units). It is really important that you tell your health professionals if you have ever had an allergic reaction to penicillin or any other antibiotic.

As soon as you go into labour or your waters break, contact your health professional as, if you carry GBS and have decided to have the antibiotics, it is important that you have the first dose as soon as possible.

If you choose to have the antibiotics in labour, you should still be able to move around freely.

I have been offered a membrane sweep. Is it safe for women who carry group B Strep?

There is no good evidence that membrane sweeps are harmful in women who carry GBS. The results of trials of membrane sweeps don’t show any increase in problems caused by GBS in women having sweeps, and it is highly likely these trials would have included many women carrying GBS.

There does remain a theoretical risk that a membrane sweep might occasionally introduce GBS into the uterus. Our medical advisory panel, therefore, advises caution in using a membrane sweep for women carrying GBS when there are other acceptable alternatives (for example, induction of labour with prostaglandin gel introduced into the vagina).

What are the signs that group B Strep is affecting my unborn baby?

Although uncommon, GBS can cause infection of a baby in the womb, which can result in preterm birth, stillbirth and late miscarriage. Thankfully, this is not common since both the mother and her baby have natural defences against the baby developing GBS infection before labour starts or waters break. If your pregnancy is progressing normally, there is no reason to suspect group B Strep is infecting your baby.

In the unlikely event that a GBS infection does develop, labour will usually start or the membranes will rupture. This is the time to get to the hospital as quickly as you can to receive the intravenous antibiotics to give your baby the best protection possible.

If you are concerned about anything when you’re pregnant (including if you experience reduced fetal movements which can be a sign that the baby is in distress), you should seek advice from your midwife in the first instance. If she’s not available, then contact your maternity unit – they’re there to help you. 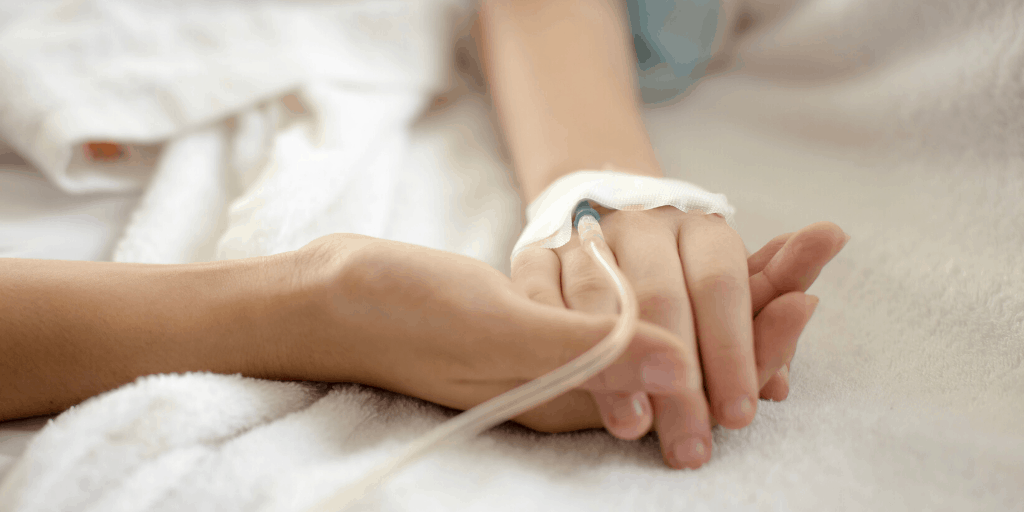 If group B Strep has been found, when should I have antibiotics?

If group B Strep has been detected from a vaginal or rectal swab, antibiotics will not be given until your labour starts – treating carriage with antibiotics before labour begins does not reduce the chance of your baby developing group B Strep infection.

When labour starts you will be offered intravenous (IV) antibiotics. These antibiotics reduce the risk of your baby developing a GBS infection in their first week of life by 85-90%, from around 1 in every 400 babies born to around 1 in 4000.

If group B Strep has been found in your urine, you may need antibiotic tablets as you may have a urinary tract infection (UTI). You will also be offered IV antibiotics once labour starts to protect against group B Strep infection in your newborn baby.

If you have had a previous baby who developed a group B Strep infection, you should always be offered IV antibiotics during labour in future pregnancies, as there is an increased risk that a future baby may also be affected.

Group B Strep in my urine

Group B Strep found in the urine does not always mean an infection is present, particularly when the level of the bacteria detected is low. Sometimes it is just that…

There are other situations where you will be offered antibiotics but these are not specifically related to group B Strep infection: 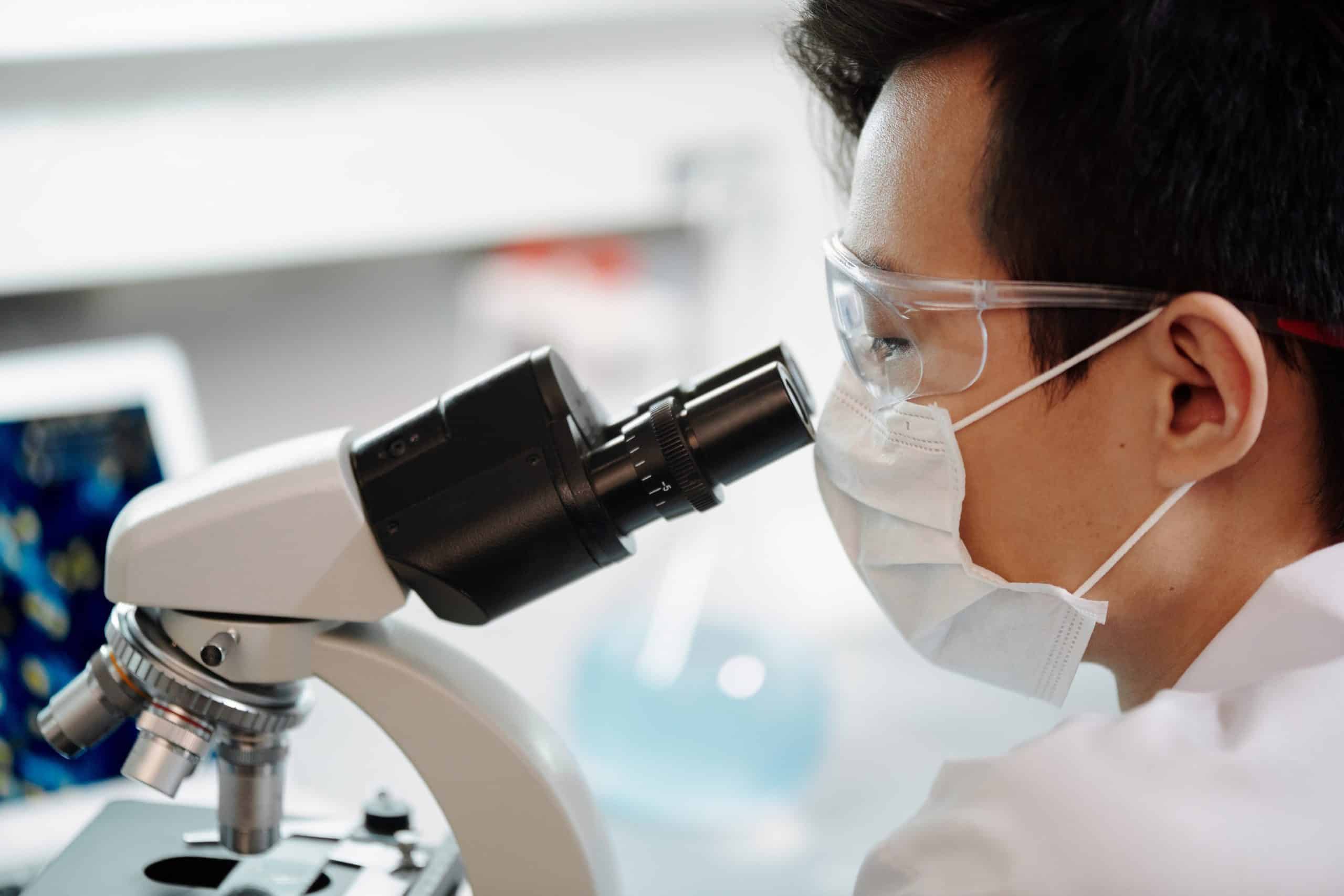 If I carried group B Strep in a previous pregnancy, should I be given IV antibiotics during labour?

If group B Strep was detected in a previous pregnancy and your baby did not develop a group B Strep infection, there is a 1 in 2 (50%) chance that you will be carrying group B Strep again this pregnancy. To help you choose whether you would like to have IV antibiotics in labour, you can have a specific swab test (known as the Enriched Culture Medium or ECM test) to see whether you are carrying GBS when you are 35-37 weeks pregnant.

Clinical guidelines recommend that you should be offered this ECM test by the NHS, but we know that some NHS hospitals do not yet offer ECM tests. If your hospital is unable to offer ECM testing, you may choose to purchase an ECM test privately.

If the result shows that:

What will my treatment during labour involve?

If you have been offered IV antibiotics to prevent group B Strep infection in your newborn baby, these should be started as soon as possible after your labour begins or your waters have broken. They are given intravenously by a cannula usually in the back of your hand, and at regular intervals (every 4 hours if you’re being given Penicillin G, with different intervals for the antibiotics recommended for women who are allergic to penicillin) until your baby is born.

You should still be able to move around during labour, and the IV antibiotics should not stop you from having a water birth.

If your waters break before you go into labour, your doctor or midwife will talk to you about when you will need IV antibiotics and about the best time for your baby to be born. This will depend on your individual circumstances and on how many weeks pregnant you are.

If you have agreed to have the intravenous (IV) antibiotics in labour against early-onset GBS infection, they should be given as soon as possible once labour has started, and at…

Can IV antibiotics in labour cause any harm?

Some women may experience temporary side effects, such as feeling sick or having diarrhoea. Women can be allergic to certain antibiotics and, in rare cases, the reaction may be severe or even life-threatening (anaphylaxis). Tell your doctor or midwife if you know that you are allergic to penicillin or any other medications.

Your doctor or midwife should discuss both the benefits and the risks of taking IV antibiotics in labour to prevent early-onset GBS infection in your baby with you.

If you choose not to have IV antibiotics in labour, your baby will be monitored closely for 12 hours after birth, as they are at increased risk of developing early-onset group B Strep infection.

I don’t want antibiotics in labour – are there natural alternatives?

Our medical advisory panel members have looked into alternatives, but are not persuaded that any therapy other than antibiotics in labour is effective in preventing early-onset GBS infection.

Although the subject of much discussion, there are no natural, homoeopathic or alternative medicines for which there is good research showing that they are effective at preventing group B Strep infection in newborn babies. If this changes, we’ll issue an update. 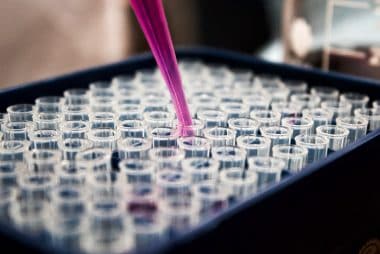 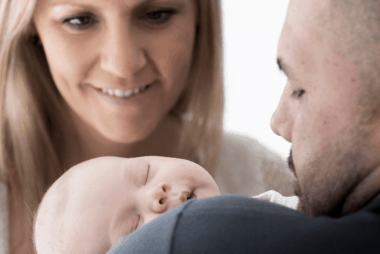 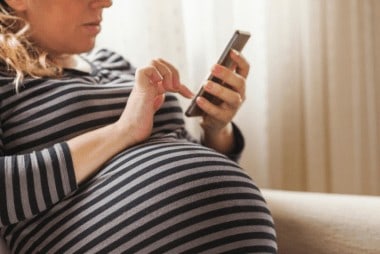 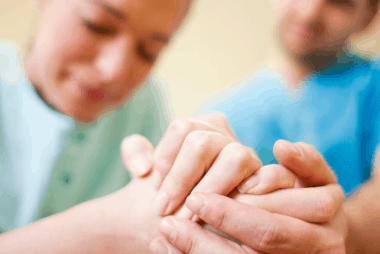 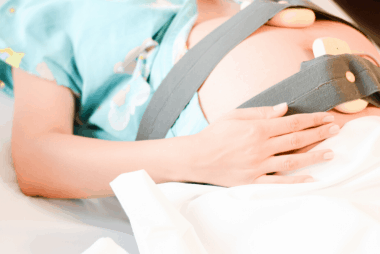 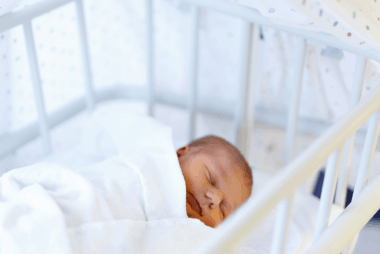 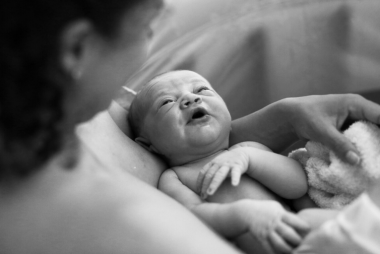 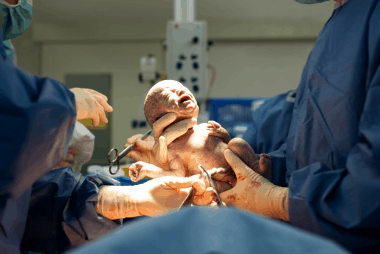 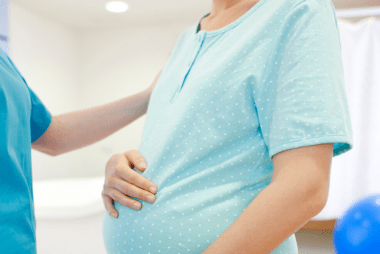 Group B Strep in my urine 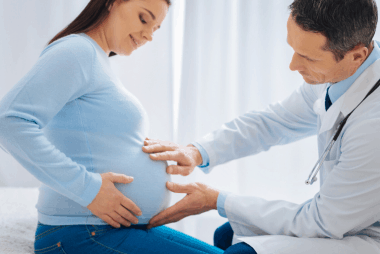