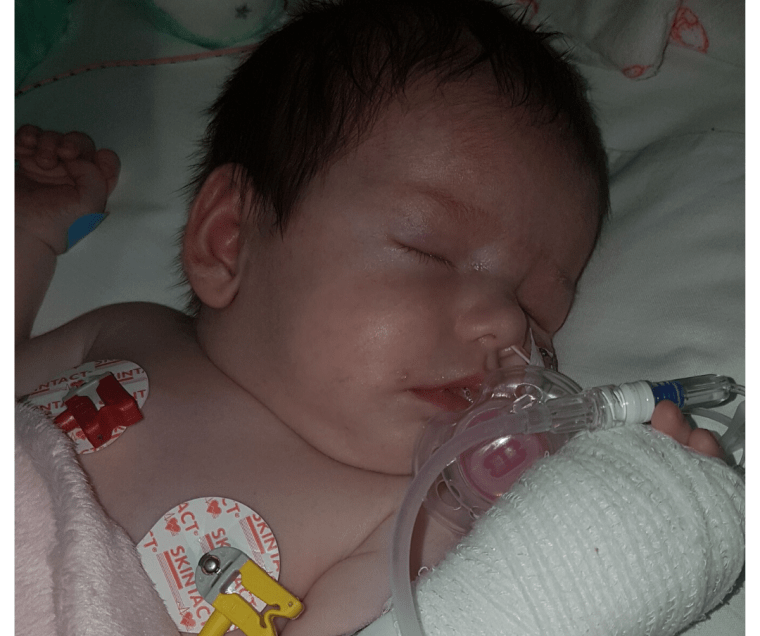 Ayda Grace’s mum Amy writes “At 28 days old Ayda Grace developed grunting and a high-pitched cry as well as not feeding. We took her to the GP who sent her straight to hospital as she was now also mottled, floppy and had a high temperature.

She was rushed to resus where a team of doctors worked hard to stabilise her. It was discovered the next day after a lumbar puncture she had late onset GBS meningitis and sepsis. A brain MRI discovered she also had encephalitis and brain damage and we were told of life long after- effects. We were heartbroken. Seizures then followed which were hard to control. She spent a further month in hospital recovering on antibiotics and establishing feeding. We were incredibly happy and grateful to get her home after this.

She is now two, and although she has been left with many difficulties including epilepsy, is the happiest most loving little girl. We couldn’t be prouder of her.”