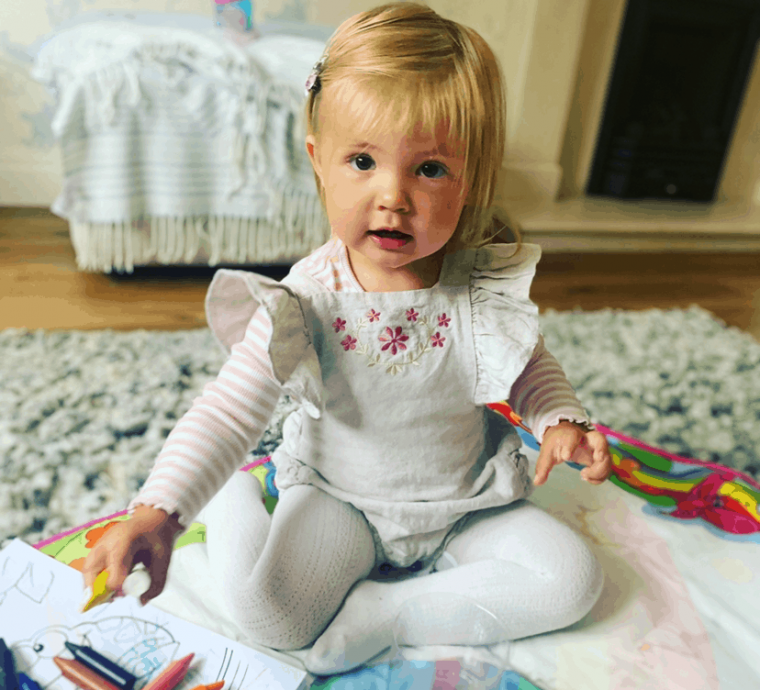 “Our beautiful daughter Ruby was born on 9th Nov 2018. The birth had some complications, but we were overjoyed by her arrival. We then began recuperating as a new family on the maternity ward and began preparing for discharge.

Immediately from birth, Ruby hadn’t been able to take breast milk and her inability to feed became a concern. We noticed she also seemed a bit lethargic but were reassured several times that these things were completely ‘normal’.

12 hours after her birth we were fortunate enough to discuss our concerns, in passing, with an experienced Midwife Assistant. She took it upon herself to have a good close look at Ruby, as opposed to giving us the ‘textbook answer’ we’d been given by several other staff. Thank God she did.

Immediately she knew something wasn’t quite right, noticing that Ruby had developed mottling of the skin and had a temperature within the mouth. She was taken down to NICU straight away for ‘tests’ and to be watched closely. At first you assume these tests will be routine and that she’d return within a few hours, but we were soon to realise the extent of the issue.

We waited anxiously by her incubator, receiving regular updates on her condition and after several hours we were told that they were going to apply a lumbar puncture to test for group B Strep infection. This was the first time we’d ever heard of GBS and from this moment we began researching for hours on end, initially using the Group B Strep Support website & content to educate ourselves on the infection, it’s causes, it’s remedies, and the potential consequences.

We then discovered Ruby had tested positive for the infection, and that it had likely travelled to the meninges around her brain. This meant it was very likely she had contracted both sepsis & meningitis as a consequence of the GBS infection. At this point our world began falling apart, the kind of news that shatters any new parents. We had been told that Ruby’s condition was serious, but we remained positive as our little fighter was so far responding well to her early treatment.

Fortunately, Ruby continued to respond to the general antibiotics she was on and spent a week in NICU before being moved into a children’s ward. She remained in hospital for three weeks in total and was given the strongest course of antibiotics to treat her meningitis.

These three weeks were awful – the smallest of improvements getting our hopes up, only to learn of other problems and longer term side effects that could still occur. Fortunately for us all, Ruby continued to fight the disease and began showing all the signs of a healthy newborn baby. We were finally discharged from hospital and continued to watch out for signs of development issues… but the infection had thankfully gone.

We were left angry and shocked by how this infection could have been transmitted and not spotted. We were left pondering so many questions; why wasn’t I tested during pregnancy? Why was I induced so long after my waters had broken? What we did know was that we were very lucky that the Midwife Assistant intervened when she did, and we will be forever indebted to her.

What could we have done differently? Educate ourselves in advance on the key risks, use the GBS Support website to develop a simple understanding, get help with asking the right questions of the doctors & nurses, and if the diagnosis isn’t favourable then reach out to charities & other impacted families for support.