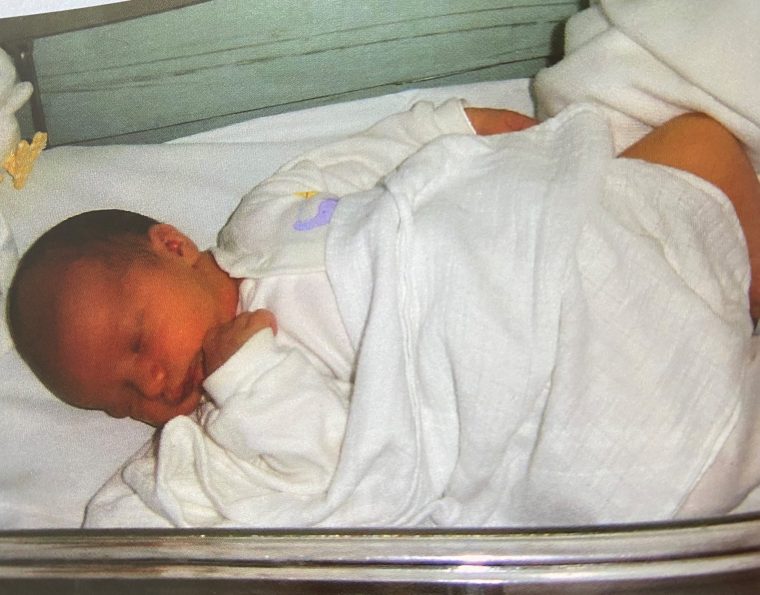 “My second son William was born on 27th Feb 2008. I had a long labour with my first son Alex and when the midwife came to the house a few days after he was born they told me that they had swabbed him because it had been a 37 hour labour and he’d tested positive on his skin for group B Strep.

So with my second pregnancy I bought my own kit and told the midwife that I had a positive test. The night that William was born I was told that the negative/positive result changes all the time and as I’d done the test weeks before it wasn’t accurate and he was almost ready to be born.

William was born at 3am – when I was on the ward at 10am he was making strange noises and wouldn’t feed. The nurse assured me that all babies are different and not to worry. By noon I could see his nostrils were really flaring to breath and I opened his babygrow. His chest was like a vacuum pulled tight across all his tiny rib bones. I called for help immediately and they took one look at him and called the registrar. They put him in his box and we were off, along the corridor and into the lift, down to SCBU (special care baby unit). He wasn’t crying or fussing as the consultant worked on him. They screwed him into a ball and did three lumbar punctures. I was informed then that he was very poorly but they weren’t sure yet why.

My husband had rushed back to hospital as they put an antibiotic drip into William’s hand. Over the next 48 hours the veins in his left hand, right hand and right foot all collapsed. The vein in his left foot thankfully managed to keep the drip in! It was confirmed as group B Strep infection.

We stayed in hospital for 8 days and William moved out of SCBU and back on to the ward getting better and better.
We are very lucky that William is a brilliant boy and although they were concerned for 9 months that his hearing may have been damaged, he suffered no long-term problems apart from now being allergic to penicillin.

We have a third son born in 2010 and with his birth I had an antibiotic drip throughout my labour!”