Group B Strep Support is a registered charity (Charity No. 1112065), and our trustees are legally responsible for all of our activities. Like many other charities, we are also incorporated as a registered limited company (Company No. 5587535).

Group B Strep Support has a Board of Trustees which is responsible for the overall control and strategic direction of the charity. They meet regularly to discuss, decide and review our strategies and policies and receive reports and updates from the chief executive and the staff team. They play a vital role in ensuring the proper procedures and policies are in place to manage the charity’s resources effectively, provide long-term vision and protect our reputation and value.

Selected for their expertise, the trustees give all their time and expertise to Group B Strep Support voluntarily to make sure we’re doing all we can to prevent group B Strep infection in babies and support the families of those affected.

Dr Edward Morris is a consultant in Obstetrics & Gynaecology at the Norfolk and Norwich University Hospital NHS Foundation Trust and Honorary Senior Lecturer at the Medical School, University of East Anglia.

He is currently President of the Royal College of Obstetricians and Gynaecologists. Prior to that, he was Vice President for Clinical Quality (2016-2019) and Fellows representative for the East of England on RCOG Council (2011-2016).

In Norwich, he leads specialist menopause and tertiary endometriosis services. He has authored over 70 peer reviewed articles, book chapters and national documents, and is co-editor of the Journal Post Reproductive Health and inventor of the website Manage my Menopause.

“I am well known for my work in patient safety and guidelines. I was the inaugural chair of the RCOG Patient Safety and Quality Committee and chairman of the British Menopause Society 2013-2015. During my time working as Clinical Director in obstetrics and gynaecology and as RCOG Vice President I worked hard with the RCOG Clinical Quality department to develop RCOG Guidance products and sources of patient information into the high quality products we see today. A product of which I am particularly proud, and where I really started to get involved with GBSS was in the co-produced guideline into the diagnosis and management of GBS.

From my work with GBS on the guideline I found working with the GBSS team to be enjoyable yet fundamentally very rewarding. Since then a close bond has developed with the team and it seemed the natural next step. I am very excited to be the new Chair of the Board of Trustees and greatly look forward to working with Jane and her team.”

Dan Hobster is a Chartered Financial Analyst and holds an MA in Politics, Philosophy and Economics from the University of Oxford.  Dan currently works as a Fund Manager at one of the oldest hedge funds in London where he manages $400mn in Global Equities.  Prior to this, he worked as an analyst in the US and Asia covering a variety of different sectors.

Dan became involved in GBSS after the loss of his daughter, Natalie, to a GBS infection in 2017.  He lives in Hertfordshire with his wife Birgitta, his two sons and a pet Cockapoo.

As a medical negligence lawyer, Alison has for many years specialised in acting for children who have suffered lifelong severe disability as a result of birth injury, sometimes as a result of group B Strep infection. Alison has sat on the Board of several brain injury charities, and is part of a working group looking at ways firms can work collaboratively to improve patient safety.

“I’m delighted to join Group B Strep Support as a Trustee. I see the devastating impact group B Strep can have, both on an injured child and the wider family, so it’s a charity close to my heart.

I’m looking forward to bringing my experience of working with families affected by group B strep and a passion for improving patient safety, to help raise awareness and work towards eradicating these infections.”

Dr Balissa Greene is a Chartered Occupational Psychologist who has worked across the private, public and NHS sectors for over 20 years.

“I am honoured and privileged to be joining an energetic and committed team of Trustees at Group B Strep Support. Following the tragic loss of our second son to late-onset group B Strep infection, I am fully aware of the need for better information, education, research and testing in the UK. I look forward to sharing my skills and experience in data monitoring, evaluating and research to achieving these aims.”

Debbie is a music industry professional, currently Head of Business Development at the National Youth Jazz Orchestra. She trained at the Guildhall School of Music and Drama as a saxophonist, and began her career as a performer and educator before moving into industry management where her career has also spanned live music production, grant-giving and operating musical holidays. In her spare time, she is an avid technical scuba diver and casual climber, as well as trying to keep on top of London’s arts scene. She joins the GBSS board as a fundraising specialist.

“My daughter Ada died in 2019 while I was in labour with her, of complications arising from an ascending GBS infection. Her death broke me in ways I had never imagined, but that so many other families are sadly only too aware of. That grief that was my prison is now my rocket fuel, and it’s an honour to be part of the GBSS board fighting for a future in which babies and their families need not suffer like ours.”

She is a system leader and senior responsible officer for a number of programmes across North East London CCGs, and is also a practising midwife. She has significant experience in commissioning, change management, governance, and risk management.

“I am so pleased to be joining such a worthy charity. As a Midwife, I know and have seen the effects of group B Strep on babies and families. It has been an ambition of mine to get involved in raising awareness, particularly among young people. I want to support the charity’s vision and stop group B strep infection in babies.”

“I first came across Jane and the team at Group B Strep Support when I wrote a story about group B Strep and the tragic effect it can have on families over a decade ago. Ever since, I have been a strong and passionate advocate for greater awareness of GBS among parents-to-be and for routine testing in the UK and I am absolutely delighted to become a Trustee at the charity.”

Kathryn Gutteridge is an experienced author and presenter on both a national and international circuit, specialising in emotional wellbeing during childbirth and women maintaining control over their choices. She is the immediate past President of the Royal College of Midwives (RCM), and brings a wealth of expertise and insight that will help guide the charity’s communications, advocacy and awareness-raising work at an exciting time in its history.

Kathryn’s standing in the world of women’s medicine – with her passion for women’s issues and the importance of psychological, emotional and mental wellbeing during childbirth – will bring great value and knowledge to the charity. Kathryn brings to the Board of Trustees her experience as a Consultant Midwife with a long history of clinical care and advocacy for women in the NHS. She has worked in diverse settings including neonatal services and community midwifery, and has been an expert advisor to both the RCM and the Royal College of Obstetricians & Gynaecologists. She is passionate about women’s issues and particularly around pregnancy and birth, and specialises in women’s psychological, emotional and mental wellbeing during childbirth.

“For many years I have worked with families and childbirth, both in the joyous moments but sadly in the times of great grief. I hope that I will be able to add my midwifery expertise in reducing the times that parents have to grieve such a loss. I hope that I can influence midwifery care for the future of the charity and work with others to raise awareness of this terrible disease that affects newborn babies.”

Robert Plumb was born in the US, where group B Strep cases have reduced sharply as a result of the measures Group B Strep Support wants to see applied in the UK.

Robert has a degree in mathematics and an MBA from Wharton and later earned an actuarial qualification from the US Society of Actuaries. He came to the UK aged 25 and most of his career has focussed on consultancy, combining his actuarial and business knowledge. He was a management consultant at KPMG and for many years was a Principal, UK Partner and European Partner at Mercer. He was seconded as Pensions Manager at Johnson Matthey and at the Pensions Regulator managing the introduction of new regulatory requirements for large pension schemes. Now self-employed, he also leads projects for Muse Advisory, a pensions consulting firm. His clients have included many of Britain’s largest companies, charities and public sector bodies.

Robert served for many years as a governor of Great Walstead School, an independent school and charity, chairing the finance committee and serving as vice-chair. He was a trustee and treasurer of The Point Church, a Church of England church and charity. He has volunteered for many years as an adviser for the Pensions Advisory Service and The Pensions Ombudsman. He has also been treasurer of a cricket club, something few Americans can say, and can explain the rules of cricket in baseball terms, and vice versa.

Stuart Bramley is a medical negligence solicitor with a firm in Exeter, having previously spent 15 years acting for the NHS in defending these claims rather than bringing them on behalf of patients and their families.

“I switched sides 15 years ago. Because I specialise in birth claims, I came across Group B Strep Support when I was instructed in my first Strep B legal claim in 2007. Once I researched the condition and realised how many babies are affected by this, it became important to help as many parents and children as possible whose lives have been changed by this dreadful condition. I hope that by being a Trustee I can play some small part in preventing the infection spreading rather than only assisting those individuals affected after it is too late. The work carried out for so long by GBSS in publicising Strep B, amongst health professionals as well as parents-to-be, has been an extraordinarily worthwhile campaign.

In my spare time I try to combine cycling with bringing up my twin girls.”

Jane Plumb co-founded Group B Strep Support with her husband Robert in 1996 after their middle child died from group B Strep infection, and is the Chief Executive.

Jane is also Vice Chair of the Royal College of Obstetricians and Gynaecologists’ Women’s Network. She is a member of the World Health Organization’s Extended Technical Taskforce on Defeating Meningitis By 2030 and contributed to the WHO’s Roadmap to Defeat Meningitis by 2030. She is the Chair of the Council for the Confederation of Meningitis Organisations and its Europe Africa Regional Leader. Jane is on the International Symposium on Streptococcus Agalactiae Disease 2021 Conference Local and Scientific Organising Committees, leading the Patient Voice Stream. Jane was a member of the Department of Health’s priority setting workshops for group B Strep research in 2015/6. She has sat on several National Institute of Health & Care Excellence guideline development committees. Jane has been and is a co-applicant on many group b Strep research projects, including the GBS3 trial, where she co-leads the Patient & Public Involvement work. Jane was awarded an MBE in 2012 for services to child health and a Fellow of the RSA.

Also in this section 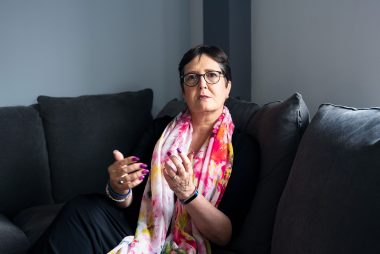 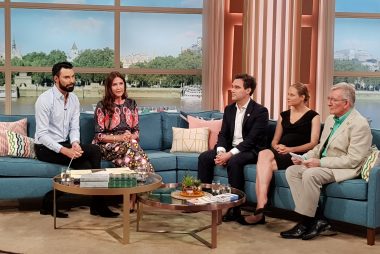 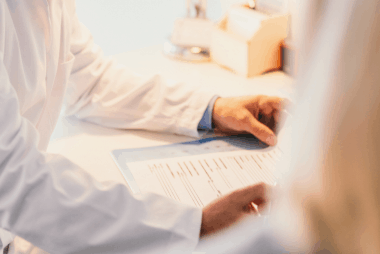