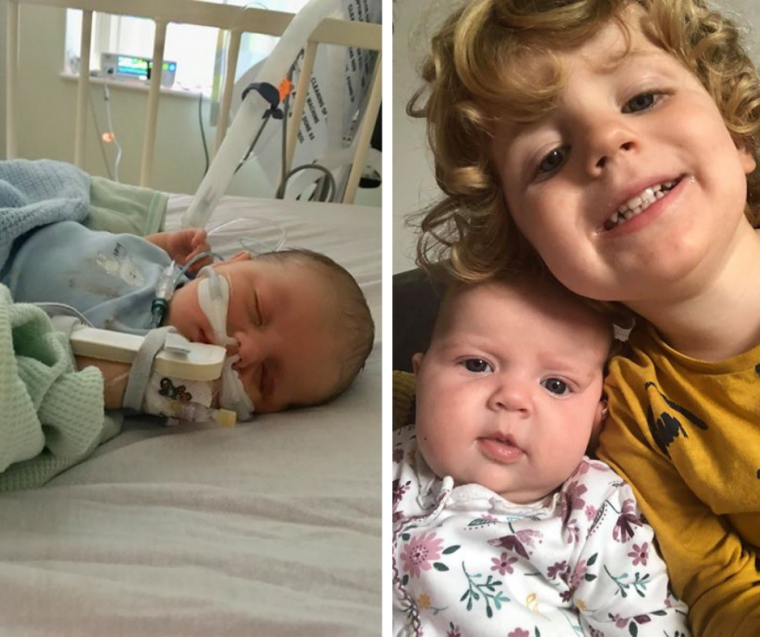 Having recently had a second experience of GBS (I know, super unlucky!), I thought I would share our story.

Our son Samuel was born on 9th February 2017. At 9 days old we took him to A&E on the advice of the postnatal team as he wasn’t feeding and was quite lethargic. Once there after running a number of tests he was put on a 14 day course of antibiotics and diagnosed with group B Strep meningitis and sepsis – we had never even heard of group B Strep. It was caught nice and early and after a 2 week stay in hospital, Samuel has gone on to make a full recovery. He is now nearly 3 years old and so cheeky!

Fast forward 2 years and we were pregnant with our daughter. This time we were well aware of group B Strep, and having had a previous baby with a GBS infection, it was agreed very early in my pregnancy that I would receive antibiotics In labour. On the 2nd July 2019 following an induced labour with IV antibiotics, Isabelle was born, she was monitored closely for 24 hours then discharged a happy and healthy baby.

On the 25th July at 23 days old Isabelle didn’t seem right. She wasn’t feeding, was a strange colour and generally not herself. We took her to our GP who called an ambulance straight away…

…suspected meningitis. Isabelle was incredibly poorly on admittance to hospital with her infection markers at nearly 300, and was immediately put on IV fluids, required oxygen to breathe and was given antibiotics to treat both viral and bacterial meningitis. After a couple of days in HDU she was diagnosed with group B Strep meningitis. After a very long 7 weeks staying in 2 hospitals, having a number of blood tests, lumbar punctures, CT scans, and MRIs, she was able to come home.

Isabelle is still under the review of the pediatric consultant, but thus far is showing no serious ill effects from the infection. We are so incredibly lucky to have two little group B Strep infection survivors and we owe everything to Ormskirk Hospital. Without their quick actions and tremendous care, I’m not sure where we would be!