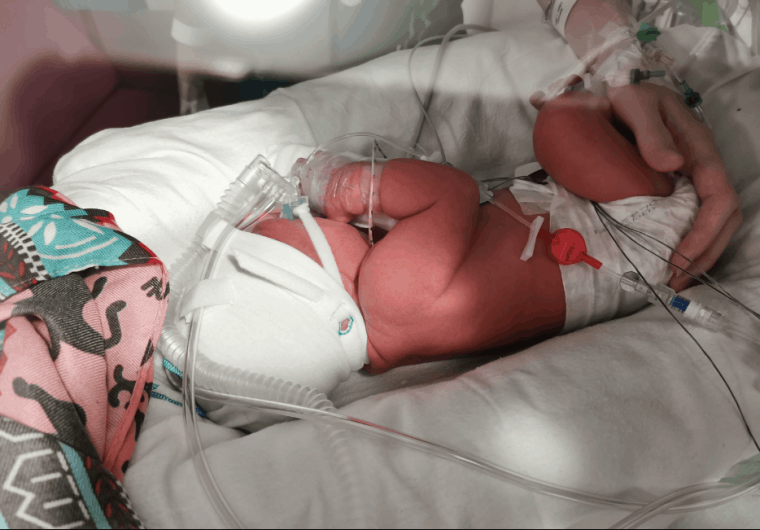 “During my pregnancy I had multiple UTIs and a swab came back positive for group B Strep. With my previous pregnancies, I had always had premature rupture of membranes without labour starting. When it happened with Kolby at 35 weeks, I wasn’t worried as a plan had been made with the consultant to induce and start antibiotics.

Unfortunately, the plan wasn’t followed, and when I was eventually induced it was too late and Kolby’s heartrate was rising during my labour. When he was born, he struggled to breath and was taken to the Neonatal Intensive Care Unit. We spent 2 weeks in hospital while he was treated with 2 different antibiotics for sepsis and meningitis.

I spent weeks not being able to tell people he had sepsis and meningitis and blaming myself for not doing more. I now realise that I did all I could, but from now on I will remind all my friends to get tested during their pregnancies.”