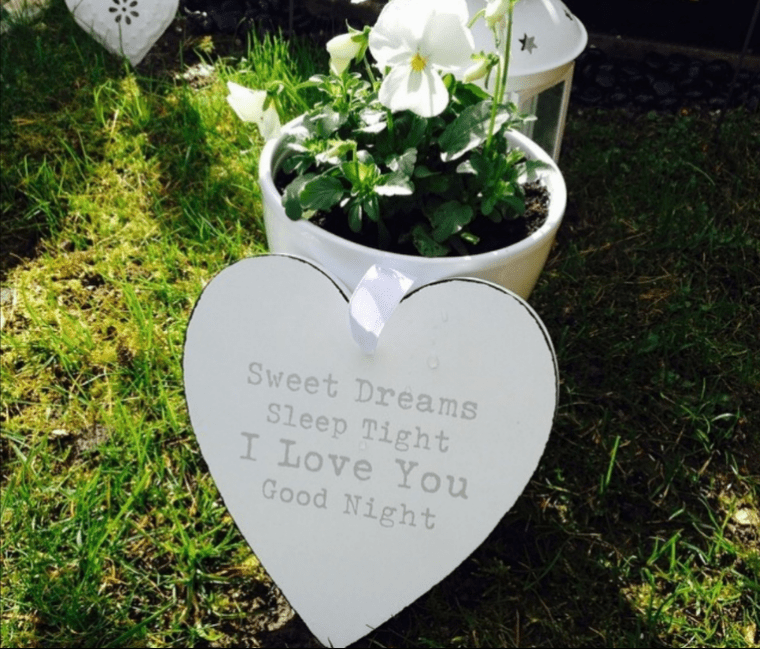 “In 2010, I was so excited to be expecting a baby boy who would also be my firstborn. My pregnancy ran smoothly, aside from sickness all the way through I felt good and couldn’t wait to be a mum. My scans were all good and there were no concerns about my baby. At 27 weeks, after some routine tests I was told I had group B Strep. I Was told this was not usually a worry and I would only need to be given antibiotics during labour if still necessary at that point.

I didn’t think anything else of this as I was reassured it was normal to carry GBS and most woman do. The rest of my pregnancy ran smoothly. As I approached 39 weeks, I began to worry that I had not felt my baby move as much as I usually would. This was alarming to me as I had always tracked movements throughout my pregnancy and they were always very regular, I began to track his routine every day, so I knew something didn’t feel right.

After an emergency trip to the midwife, who could not find a heartbeat, I was sent to the hospital. It was here, during a scan that I was told the devastating news that my baby had died in my womb. To see the still screen without the familiar heartbeat I had seen before was beyond heartbreaking. I knew what had happened before the doctor told me. I was sent home to come to terms with my loss, and the next day I went back to hospital to be induced.

My son Alfie was born 10 hours later on the 29th of April 2011, two days after I found out he had died. He weighed 6lbs 13oz, had lots of dark hair and was absolutely perfect, which made it all the more difficult to understand.

In the days that followed, I spent time with Alfie, and found it almost impossible to say goodbye to him for a final time. I organised his funeral and tried to come to terms with the realisation that I had to leave and live my life without him. I felt numb. It is something that will never leave me. I was desperate to know what had gone so wrong in my pregnancy, blaming myself even though I had done everything the right way, so I requested some tests on my baby.

Weeks later I was told Alfie had died due to the infection group B Strep, which unusually had somehow found its way to him inside my womb, even though my waters were still intact. It had then completely attacked his body and he had been extremely poorly, I was told that if had he been born normally he would almost certainly not have survived. Alfie had pneumonia, meningitis, swelling on his brain, blood poisoning and severe sepsis. My heart broke at the thought of his life ending in such a way, before it had even begun.

I made it my mission to research GBS and learn more about this life-threatening infection that I had heard so little on. I was shocked to read so many other stories of loss and could not believe that this was so common during pregnancy and during/after birth (early onset/late onset). I wasn’t given much information on this infection when I swabbed positive for it at 27 weeks, and I felt the severity of how dangerous it can be to a newborn was not fully explained to me. I only learned about it once it was too late. I feel it is so important that all pregnant woman are informed of GBS and its dangers, and tested during pregnancy.

I was extremely scared to go through with a pregnancy again, but I have since gone on to have two healthy children (2012 & 2019) and thankfully swabbed negative regularly for GBS throughout both. I was not able to enjoy my pregnancies as I would have wanted to because I was so full of anxiety and worry that it may happen again. I was given antibiotics for the last 4 months of my pregnancies, had monthly scans and had planned c-sections at 36 and 37 weeks. I am extremely grateful to have two healthy children.

It has been 10 years in April since I said goodbye to my baby. I will always feel like a piece of me is missing and I think of Alfie every day, imagining all of the things he would have become and feeling sad at the life he never got to live. But I ensure his memory lives on for me and my children. He taught me to love and he taught me that life is so very precious. No parent should ever have to go through the pain of losing a child.”