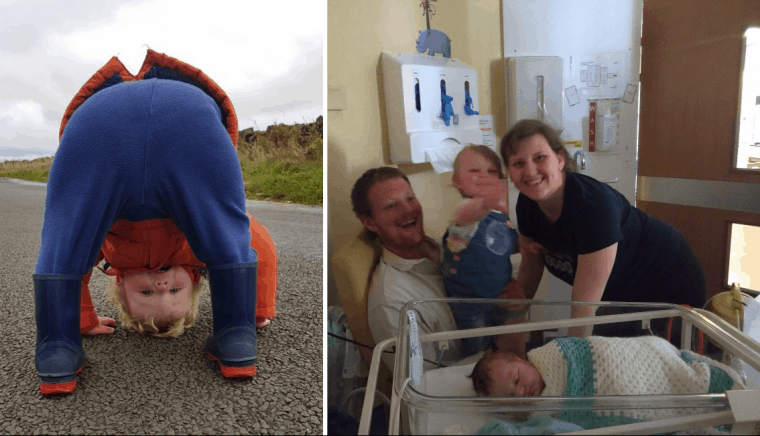 “Peter was a big boy when he was born. I haemorrhaged at his birth but other than that all was well. But when he was 28 hours old, the midwife raised the alarm as he was starting to have breathing difficulties.

Two transfers to an NICU later and we were told he had group B Strep meningitis and sepsis. I have never felt so helpless, it was like a bad dream and I kept thinking I should be waking up from the nightmare at any moment. He ended up on 3 different medications to prevent his fits, but suddenly over one night he started to improve and from then on he made leaps and bounds and now is a very happy healthy little boy.

We still watch for any signs that his illness has affected him long term but regardless we are just so grateful he’s here with us.”