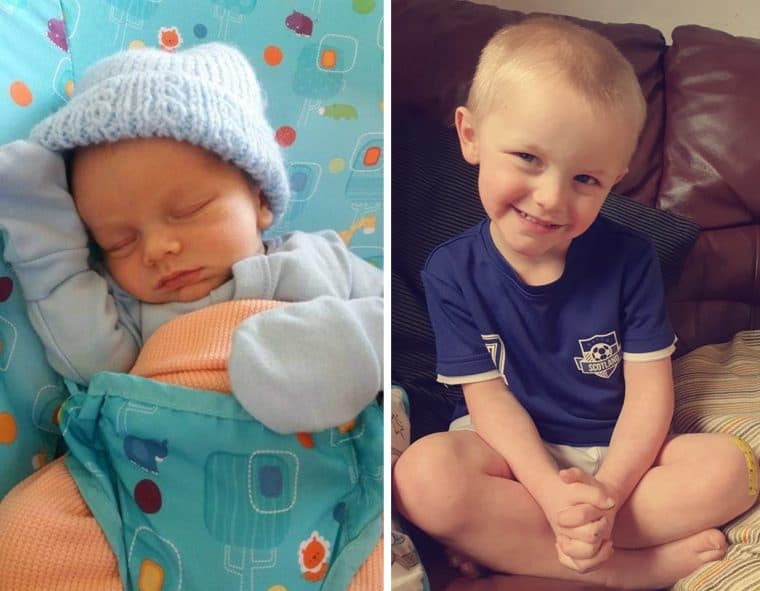 “This is Llayton Jay Booth Norrie, born at 40 weeks, born on 11th October 2016, we had no idea what group B strep was. My pregnancy went smoothly. When he was born, he seemed perfectly healthy, he weighed 6lb 8oz. Fast forward to around 24/48hrs old he wasn’t feeding that well, he was slightly sensitive to the light and was very sleepy, so they said they wanted to take him down to neo-natal just to look at him. He was placed into an incubator and wires etc attached to him, they ran a few tests and a few hours after being there we had a meeting with the doctor and this is when they told us that he had GBS meningitis in the fluid around his brain and also sepsis.

I felt heartbroken, my little boy was ill and I could do nothing to help him, I had to leave the hospital without my 2nd born baby. He had to stay in the neo-natal ward for two weeks on antibiotics, Luckily, we were extremely grateful that he pulled through very quickly with no lasting effects and two weeks later on October 27th we were able to take our baby boy home to his big brother to finally enjoy him as a family. He is now a very happy healthy five-year-old boy, With the help of groups like these I am able to share our story with other people to hopefully help others.”