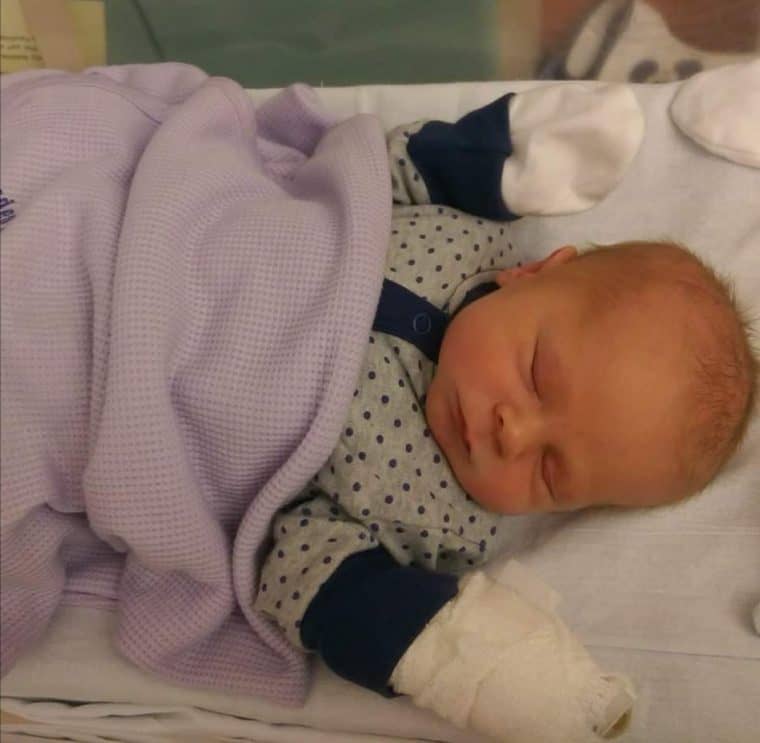 Mason’s mum Kimberley writes, “I was 17 years old when I went in for a small bleed at 35 weeks’ pregnant. I got checked out and had a swab done everything was fine and baby was happy and healthy. The following week or so I got a letter through the post saying I had tested positive for group B Strep and an info leaflet explaining all about GBS. This is something I’d never heard of and the midwives I had seen had never explained or mentioned, so I just thought it’s nothing to worry about.

Fast forward to the 1st of January 2015, I had my beautiful son Mason. I received antibiotics every 4 hours during labour. After 24 hours of labour and my waters breaking, I ended up with an emergency c section. We spent 6 days in hospital with Mason. During this time he had a cannula in his hand to have medicine through and a lumbar puncture done to try and figure out what’s wrong with him.

On day four we got the news that Mason had meningitis and this was because I carried group B Strep and my waters been gone for 24 hours. My world was broken and I thought the worst. He had a week of antibiotics and because of how quickly the doctors/midwives picked up on his symptoms, he’s today a happy healthy five-year-old. Group B Strep needs to be recognised so much more by the health service and deserves the funding to bring awareness and routine testing to expectant mothers.”