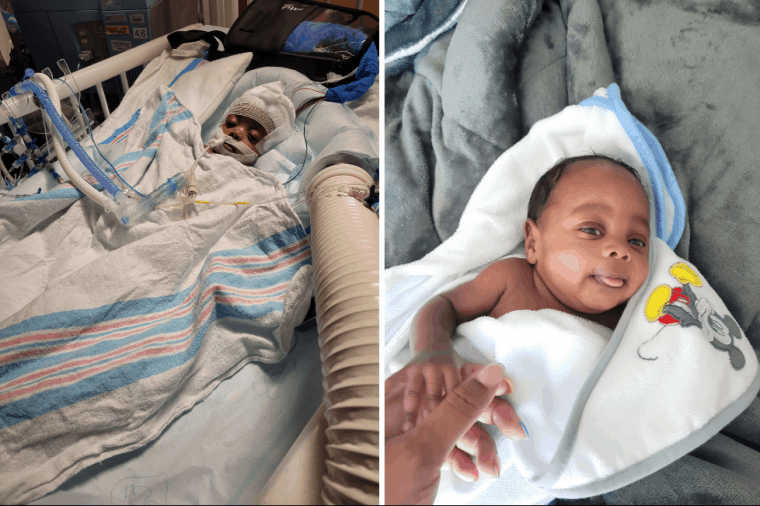 “My son Jaylen was 11 weeks but 1 week adjusted. Born Feb 1, 2021, he was a 30 weeker. No issues after birth, spent about 37 days in the Neonatal Intensive Care Unit, and he had been home for about 6 weeks. He was always been an extremely happy and active baby.

On April 20, 2021, when I woke him up to change and feed him, his body was limp, lethargic even, he was also spaced out. Just staring into air. All of a sudden he started having these tense movements. I immediately thought omg a seizure. Fast forward – 911 was called.

My son was diagnosed with bacterial meningitis a few hours later. His heart stopped twice and was revived, but had multiple seizures in the last 12 hours. Everything went from bad to worse in a matter of hours. He was on a ventilator, on seizure meds, antibiotics and so much other things.

Unfortunately, Jaylen was infected in his brain, spinal cord and in the blood. Within 4 days he had severe brain swelling. On April 24, 2021, Jaylen was considered brain dead.

He brought so much light and love to us in such a short amount of time. He was the most perfect baby – heaven sent…literally.”