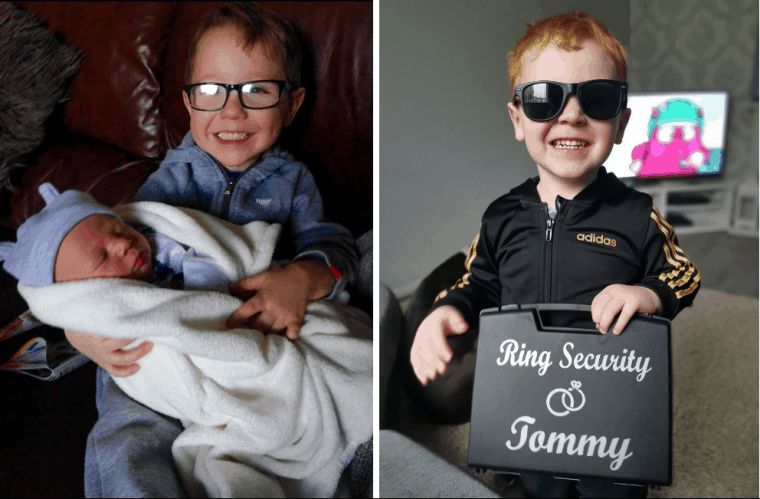 “It all began on my 21st birthday (June 1st 2017), my partner Dale and I had gone to an early scan due to heavy bleeding, just as the nurse was about to give up and remove the sonographer a tiny little flicker showed us he was there and he was a fighter.

All throughout my pregnancy, I bled heavily. On my routine examination, they had suspected I was losing amniotic fluid and I was swabbed. I was around 24 weeks pregnant when they said I was positive for group B Strep and would need antibiotics throughout labour and I was given a leaflet about group b Strep. We were terrified considering the pregnancy had been plagued with problems.

Fast forward to 22nd January 2018, the doctors had planned to induce me, but Tommy was already on his way, and nothing was stopping him. They began antibiotics, however Tommy was born within 3 hours, 7lb 5oz. Immediately rushed under a heat lamp as he couldn’t regulate his temperature. His bloods were tested more times than I could count and 48 hours until we could return home. He never cried once as he was being pricked over and over again.

At home he caught a viral infection and wouldn’t stop throwing up bile. We were watching him like a hawk after the horror stories we had read about group B Strep.

Three years on, our boy is healthy and strong. Nothing can bother him. He is one of the lucky ones. I couldn’t imagine losing him, and my heart breaks for families going through that. We are hoping to raise £150 for GBSS this November 2021. Thanks for reading our story.