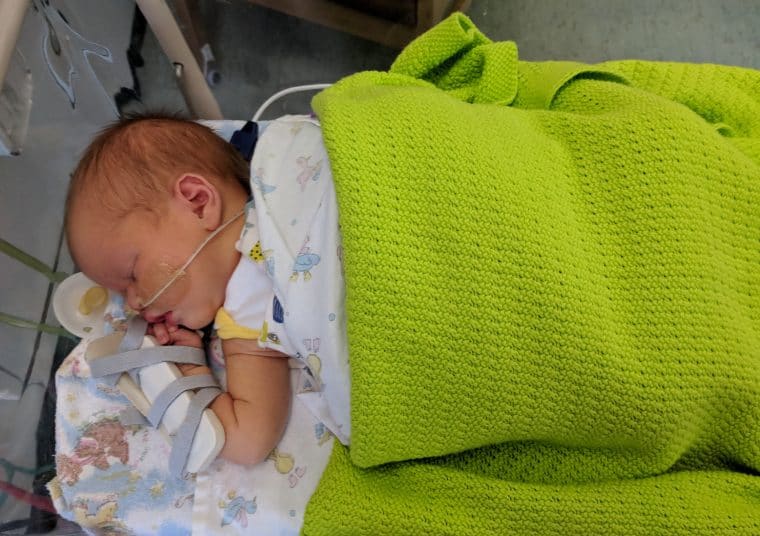 “My daughter Tess was born just after midnight on 20th August 2018. She was a very healthy 9lb 2oz and all seemed fine at first – we even debated going straight home, but thankfully decided to stay so she could get all her standard checks done at the hospital in the morning. By 6am the midwives had put her under the heater as she was struggling to stay warm and then she was taken to the NICU at 8am when she started grunting. Tess spent two days in the NICU, then another eight days in hospital to complete her antibiotics. Her official diagnosis was early-onset GBS sepsis and pneumonia, but she made a full recovery, and we were so glad to get her home.

When she was four weeks old, I took her into A&E after an evening of inconsolable crying which was more high-pitched than normal; she wasn’t feeding and she wouldn’t be put down. She stayed in hospital for three nights and after more tests, was diagnosed with late-onset GBS sepsis requiring a seven day course of antibiotics. Follow-up tests showed no issues with her immune system, so we had to accept there was no other reason she contracted GBS twice, other than just really bad luck.

She is now a fearless, independent, almost two-year-old. We know we have been so lucky and the outcome could have been so different. Tess is my second daughter and I was not given any information about GBS in either of my pregnancies. It is so important to raise awareness of testing in pregnancy, and of the signs of GBS. I worry that in these strange times, I would have been more reluctant or would have waited longer to take her to A&E if it had happened now. Knowing the symptoms and trusting your instinct is more important than ever.”