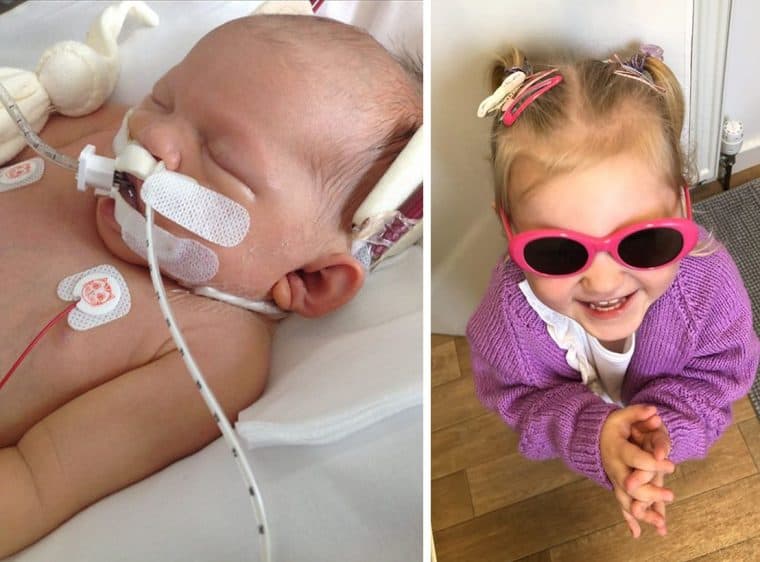 “I would be delighted if Summer’s story was shared! I encourage absolutely every pregnant person I know to get this test.

Summer is a rainbow baby born a year and a half after her big Sister Millie who was sadly stillborn at 40+4 days. I was never told anything about GBS by any midwife/consultant I saw and trust me there was a lot due to Summer being a ‘high risk pregnancy’.

I was induced with Summer at 38 weeks. She was born three days after I was induced after having to get my waters broken at 5:45am on 23rd June 2017. Roughly three hours after her birth, I was made aware a paediatrician would be coming in to check over her as they were a little concerned about her breathing. Fast forward to just a couple of short hours later, and we are being told to say our goodbyes to another one of our babies. There are absolutely no words to put into place as to say how that makes you feel – devastated, heartbroken? But they don’t even scratch the surface. I felt like my whole life had been taken from under my feet once again.

Summer was born at Ninewells hospital in Dundee and had to be transferred to Glasgow hospital at around 1am on June 24th. We were told numerous times before-hand that there was a high possibility she would not make the ambulance ride.

We raced to the hospital behind her and when we got there, she went straight to surgery to be put on a heart/lung bypass. We got a call at around 3am to say the operation had gone well, but that she was still in a critical situation. She stayed in that critical situation for four of the longest days of my life. I can’t tell you the amount of times I prayed and pleaded to God, to her, to anyone I thought would listen to just make her better. We bought spiritual crystals and had several churches in Scotland include her in their prayers at mass and it worked!!! After four days her infection marker dropped by a miraculous amount and she slowly started to fight the infection. By day seven we were being transferred back to Dundee hospital where we stayed for another 14 days. The feelings I had in those three weeks I wish I will never in my life feel again.

We walked out of Ninewells hospital proudly on 13th July 2017, and we have never looked back.

As you can see Summer has a big smile and an even bigger personality. And to think there was a possibility this could all have been taken from us just doesn’t bare thinking about!

There is no doubt in my mind we had a very special guardian angel watching over us!

The work you do at GBSS is truly amazing and I won’t stop spreading awareness about this. Every pregnant woman needs to know how much heartache a simple test could save!!”