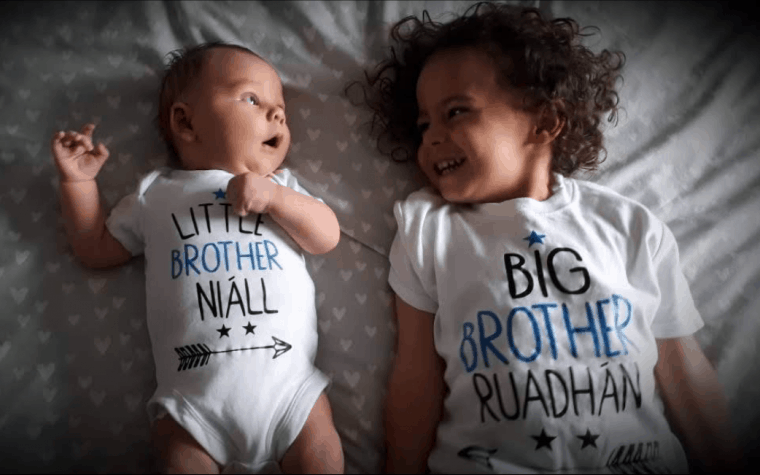 “The reason I choose to support your charity so much is I’ve tested positive for group B Strep with both my pregnancies. It’s something I had never heard of with my first pregnancy in 2017 until it showed as an infection in a urine sample at 28 weeks that was sent off and came back showing GBS.

I was so scared when I read up about it. I had the IV antibiotic drip during my labour. As soon as my waters broke two weeks early, I had to go into hospital. It was a very long labour so they got plenty of antibiotics into me and I had a healthy baby boy called Ruadhán.

In my second pregnancy, I had this feeling all the way through. My midwives assured me that I may not have it during this pregnancy as it comes and goes. I pushed to get tested and if they weren’t going to do it, I would have had a private one.

It never showed throughout until I had a swab at 38 weeks pregnant and came back as GBS positive. This time it was a very quick labour so I only received one lot of IV antibiotics and my little boy had to be monitored for 24 hours after he was born. He was another healthy chunky boy called Niáll. I feel very lucky to have two healthy boys. More needs to be done to inform pregnant women and they should all be tested to help save babies lives.”