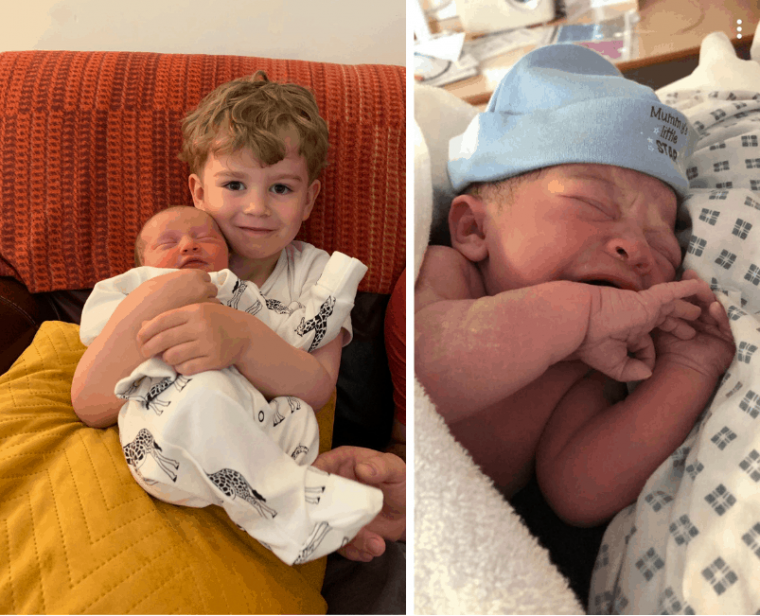 “I had never even heard of group B Strep until nearing the end of my first pregnancy in 2017. I had gone into hospital with reduced movement and subsequently had some swabs taken. All was well in terms of movement and I went home with peace of mind that my baby was ok until a few days later when a letter arrived in the post stating I had group B Strep. Attached to the letter was a leaflet explaining GBS.

I broke down in tears, there was no explanation and I initially started to ring doctors/midwives for reassurance. All I could think about was the negatives. Being told I was to have antibiotics in labour settled my mind slightly, but the worry was there right until the end.

Luckily our healthy and perfect little boy arrived into the world on 1st December 2017. Fast forward to my second pregnancy and I was told that no tests were needed (1) and I would be automatically given antibiotics during labour. Still the worry was there. However, for the second time I was blessed with another healthy little boy in April 2021!

I was one of the lucky ones, I thank my lucky stars that my firstborn was a little monkey and forced me to go into hospital. Had he not have been, the outcome could have been so very different and my heart goes out to all of the families whose lives may have been changed for the worse due to GBS. Many of my friends now still haven’t heard of it and more awareness is definitely needed to bring It to the forefront.”

*Images from left to right: Riven with younger brother Embry and Riven after birth.