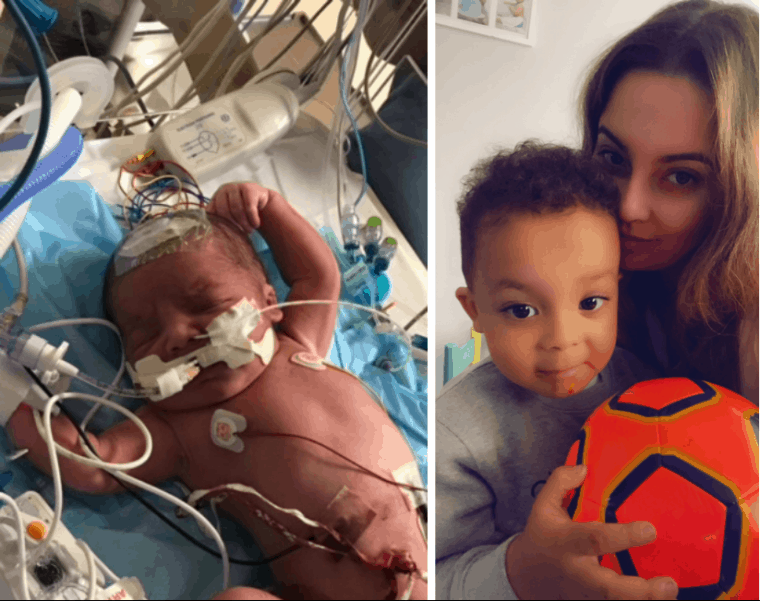 “Reece was an Intracytoplasmic Sperm Injection (ICSI) baby, so he instantly meant the whole world to me. During my pregnancy, I kept getting pains and reoccurring UTIs. Eventually, I was tested for group B Strep and was positive.

A few days later I was sent some information on GBS and the effects it can have on your baby, immediately I had a gut feeling my boy would be infected.

On the 7th October 2018 I went in to labour naturally. I went to the Glasgow Royal Maternity where I was told I was 4cm and sent to the labour ward. Within 5 minutes I was rushed away for an emergency section. Due to this I was not connected to IV antibiotics. I had a placenta abruption.

My beautiful boy was born and had to be resuscitated. He had sepsis and pneumonia. He was cooled, we were told to expect the worst and there was a high chance of neurological issues.

Looking at him now, you wouldn’t think he went through what he did. He shocked a lot of medical specialists and at the moment, has shown no issues from GBS infection other than some respiratory issues.

Five minutes later, and it would have been a very different outcome for us, we were told.

He still amazes me to this day.”