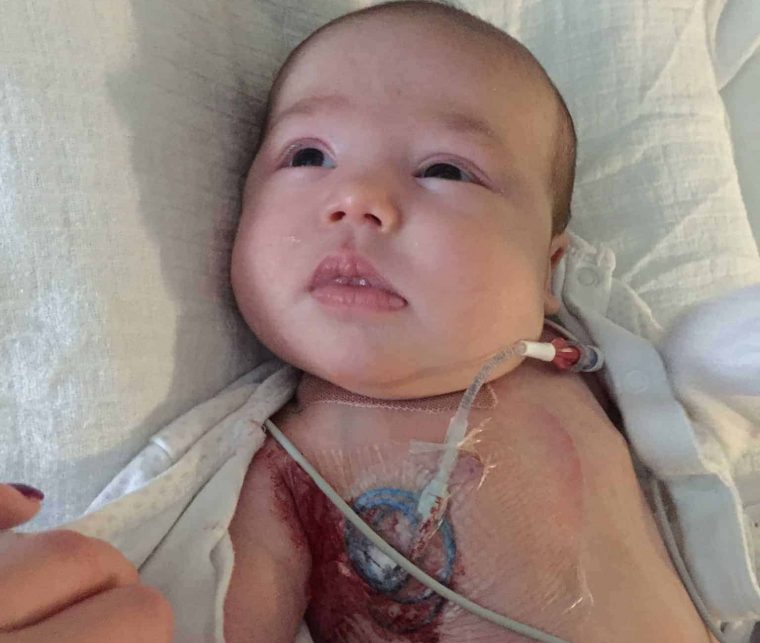 “Throughout my pregnancy I had no symptoms. There’s nothing that I can think of that would have been a sign that my pregnancy was any different from any other. Maybe I had more discharge but I just thought that was a normal pregnancy symptom.

The birth was straight forward and there weren’t any complications. It wasn’t until Poppy was 11 days old and we had been to our final midwife appointment. Poppy had a small spot on her toe so the midwife said to go to the walk-in centre to get it checked out. By the time we got there Poppy would not stop crying, screaming crying. The doctor took her temp and stats and told us to go straight to the hospital.

At hospital she had multiple tests including a lumbar puncture and it was a few days before we got the results.

I hadn’t even heard of GBS. I had no idea about it, so when I woke from a nap and Poppy’s dad told me that the doctor had been by and that Poppy was ill because of a bacteria that I was carrying I was disgusted. I felt sick and guilty. The GBS had caused sepsis so Poppy was really unwell. After a couple of weeks on antibiotics Poppy was fine and we came home.

Unusually Poppy unfortunately got sepsis again. The antibiotics hadn’t cleared all the infection and it came back. One morning about 2 weeks after she had been discharged she just kept screaming. We took he to A&E again where tests showed her heart was beating at 230bpm when it should have been about 90. By the time we got her to A&E she was limp and almost unresponsive.

The next few hours are all a bit of a blur with lots of doctors and nurses trying to bring her heart rate down and stop her dying. In the morning we were transferred to GOSH by ambulance. We stayed there for a week and were finally let home and luckily Poppy is now fine. She did have to have regular appointments at the hospital to check her heart but was completely discharged after a year.