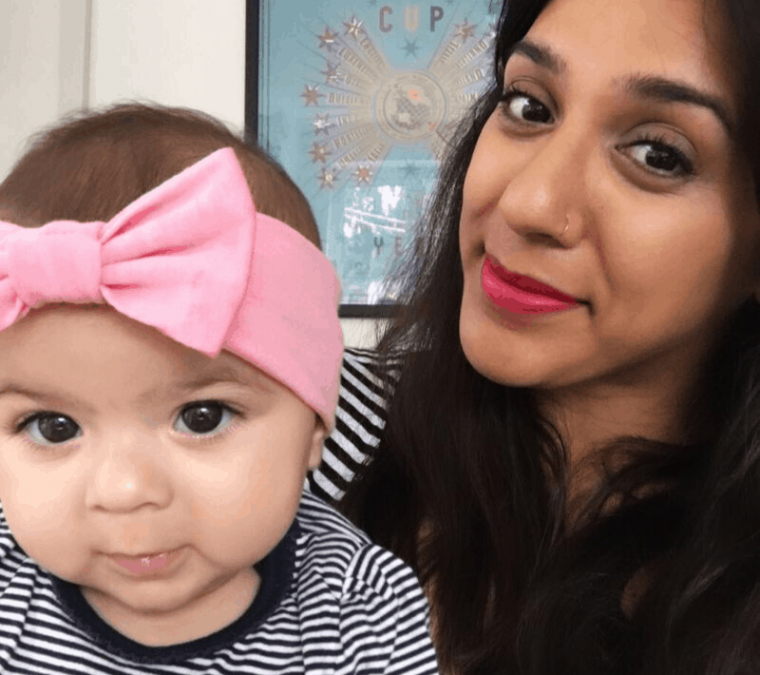 Mum Fahreen writes “At approximately 17/18 weeks I went into my local maternity unit with a bleed and reduced movement. During the visit it was found that I had an anterior placenta, an internal examination had been carried out and some swabs were done. The following week I had a phone call, the consultant found nothing to report with the internal examination but I had Strep C/G and Strep B. I was given an appointment for 2 weeks time following a course of antibiotics to start immediately.

After the 2 weeks, I attended my appointment and was re-swabbed, this swab would be tested to see if the antibiotics had worked or not. The following week I had a phone call to say the Strep was still present, I would have another swab at Week 36 and be given IV antibiotics during labour. I was advised to come in as early as possible so that antibiotics etc could be set up. I went in with another bleed at week 30, it was noted my cervix was inflamed and consultant amended my plan to have the IV antibiotics regardless of swab at week 36. I went into labour 40 weeks and 3 days, I had 2 lots of IV antibiotics. I could not get the 3rd dose as I was rushed into theatre.

My daughter was born 1.03am via forceps delivery, we were both kept in for 48 hours and Olivia and I had observations done every 2 hours.

Olivia is now 5 months and thankfully has never shown any signs of deteriorating since being home. We are extremely grateful that the Strep B got picked up. It’s not a routine test offered by the maternity unit, thankfully it was picked up. For any future pregnancies if it isn’t offered I will be paying privately for this test, as the risks are too high.

My daughter and I are very lucky to be in this privileged position.”