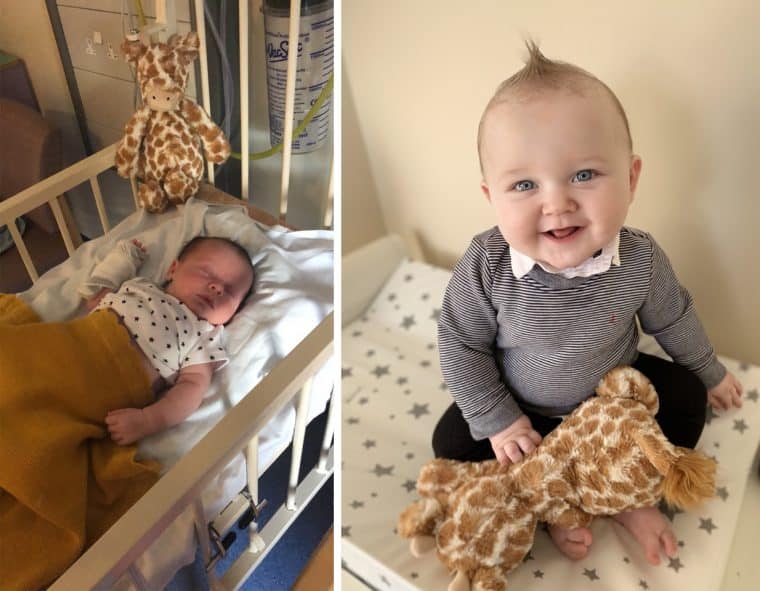 “Fast forward almost 3 years from having my daughter Sophia, I gave birth to her baby brother Oliver. Due to having a previous baby who had GBS infection, I was given antibiotics which I had previously received with Sophia.

He had a problem breathing to begin with but after a few minutes he was OK! Oliver and myself were kept in for 24 hours to make sure he didn’t show any signs or symptoms of GBS.

Finally we were sent home and I felt so lucky this time to be able to bring my baby home and not be stuck in a hospital. I could finally enjoy the first weeks in the comfort of my own home! No wires, no machines and a healthy little boy.

At three weeks old, Oliver had developed a bad eye infection which he spent a night in hospital on IV antibiotics for. He was sent home on oral antibiotics but a week later we were back.

When Oliver was four weeks old, I woke to check him as he was screaming – it was a scream I’d never heard before. He felt hot and had a temperature of 38. Every time I picked him up or moved him, he would stiffen up and scream louder. I instantly panicked and, due to what happened with Sophia, I knew to act fast, so I drove straight down to the hospital where they admitted him. They said he had an infection and that’s where I told them I previously had a baby that had GBS infection. He continued to have high temperatures and still had high pitch screams. He struggled with feeds and kept grunting.

Due to previously having a baby born with GBS infection, they kept him in for a week and he was treated for suspected group B Strep infection. They never did a lumbar puncture because they said the likely cause was GBS due to the signs and symptoms and the high temperatures he was having.

Oliver is a happy and healthy little boy and has just had his first birthday!”