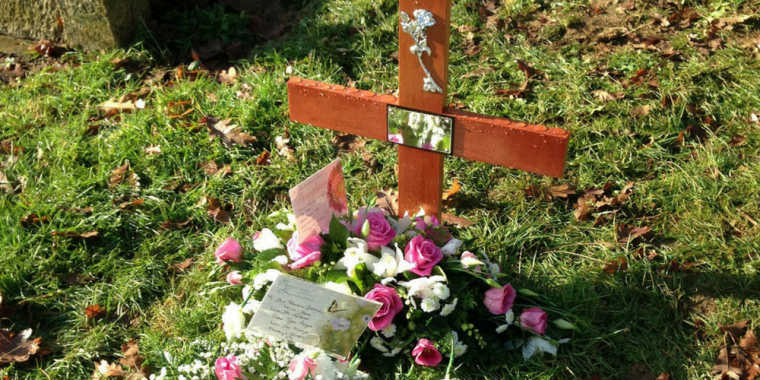 Our first knowledge of group B Strep was in the bereavement room a couple of hours after our daughter Mia had passed away a few minutes after she was born in January 2014. One of the healthcare professionals taking care of us mentioned it. Despite Amanda and I having other children previously we hadn’t heard of it but the midwife did say that Amanda had shown classic signs of complications caused by GBS i.e. fever, waters breaking very pre-term and labour not starting for a long time after her waters going.

We assumed that Mia had passed away as a result of a very rare condition and that we had been so unlucky – when we had done only a small amount of research we realised that was not the case and we simply could not believe what we were reading.

The nightmare started on a Saturday afternoon when Amanda’s waters unexpectedly broke at around 25 weeks gestation. Amanda was taken to hospital where she was monitored and she could feel Mia moving around very much as normal and we were assured that not all the waters had been lost and what had been lost would replenish themself quickly. We were also told that it was normal policy to not scan at the weekend. We didn’t realise that in the medical world there was a difference between a Friday morning, a Saturday afternoon or Christmas day but the healthcare professionals did not seem at all concerned.

Monday morning came and towards lunchtime Amanda started to feel very ill. We now know that the undiagnosed group B Strep infection caused chorioamnionitis which is what led to Amanda’s waters breaking early and then through no treatment being administered caused Amanda to become very ill through sepsis. When I got to the hospital around 2pm I was told that there was a real possibility that Amanda wouldn’t make it.

Once Amanda had been stabilized, the maternity professionals became ever-increasingly confident that there would be a happy ending. Mia was born at 6.23PM and was worked on by what seemed like a huge army of medics. She passed away in my arms, right next to her exhausted mum at 6:45PM.

The coming weeks and months affected all in our family deeply, one of our children started to get into trouble at school as a direct consequence of his sister passing away and the cruel comments that children can make. Amanda was unable to go back to work for a substantial period of time through being grief-stricken and I had to have counselling as a result of blaming myself for not being able to protect her.

We wanted to do something in Mia’s memory, we felt we owed her that and contacted Group B Strep Support and we assisted them with the raising of awareness in our local area.

Amanda fell pregnant again a few months later, probably too quickly in hindsight and unfortunately we lost that child also, this time through miscarriage. During the late spring of 2015 Amanda became pregnant again, we were excited but also scared witless of losing the child and putting our children and ourselves through it all again. We became somewhat obsessed with GBS testing and birthing plans. Amanda tested negative throughout the pregnancy and despite a very complicated labour resulting in an emergency caesarean section there was a very happy ending with our son Theo being born on the 1st February 2016.