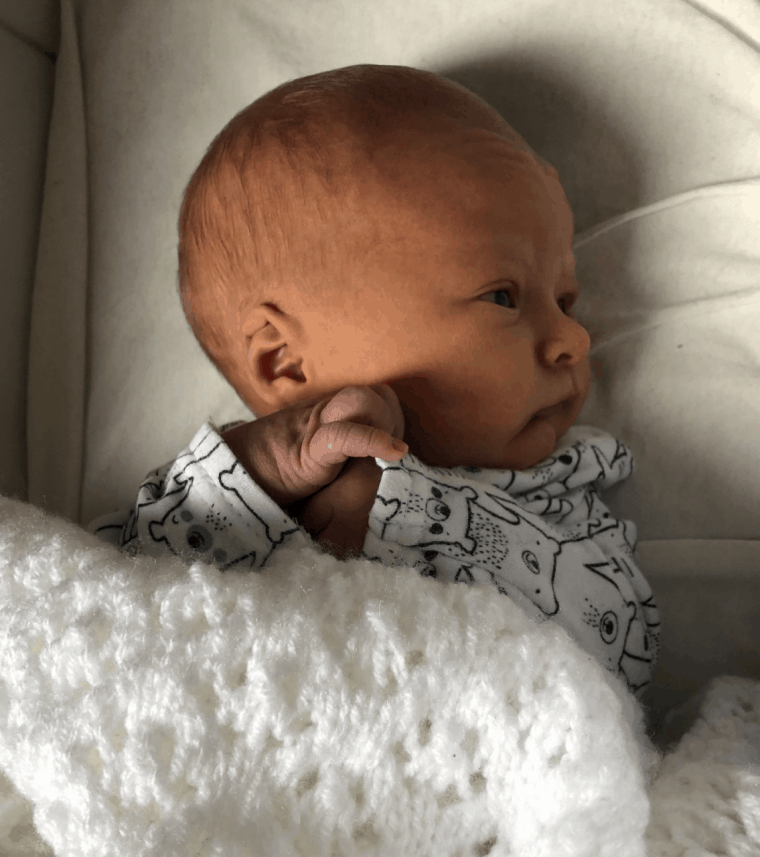 Mum Ellie writes, “I’d had pains throughout pregnancy and so many tests done as I had a feeling that something just wasn’t right. These always picked up blood in my urine but no other cause (you have to have a special swab for group B Strep, normal urine cultures don’t pick it up).

They didn’t test me for group B Strep as they said it comes and goes so there’s no point (I later learned this is no reason to not test).

My waters broke on the Friday and as nothing was happening, I was induced Saturday morning as they were wary of infection and said I would likely need antibiotics. I later learned I never received these during labour.

It was a long labour and little Marley arrived on Sunday 22nd December 2019 and after a day in hospital recovering from a few pretty standard complications we went home.

All was fine until a few days later when I became quite ill. I obviously had an infection and my results came back with a “heavy colonisation” of group B Strep. My doctor was gobsmacked that this wasn’t checked for when my waters broke early and that my little boy remained unaffected, as we were high risk. I’ve had to keep an eye on him but he’s now 4 months and healthy and happy, but this is down to pure good luck and it terrifies me to think what could have been. As for me, after two lots of strong antibiotics, I was much better.

I wanted to share my experience to raise awareness that it is SO worth pushing to get checked for this, I had so many risk factors and was so incredibly lucky that my baby was ok. But that was it, pure luck and it scares me to think what so easily could have been.”