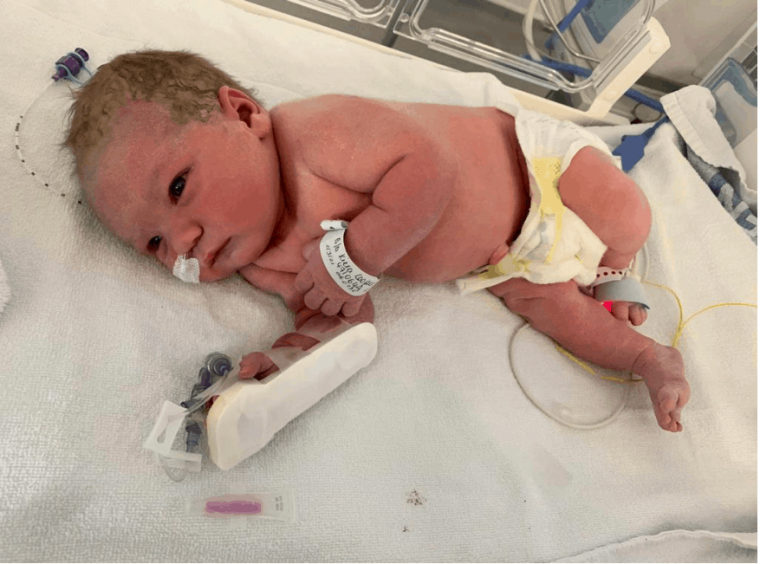 “As soon as Marcie was born her temperature was low. They put this down to the room being so cold – I’d been shivering throughout labour. We were moved to another room where her temperature improved.

After around 4 hrs Marcie began to be unsettled and was making a grunting noise. Fortunately, somebody had just come in to check her over. They called for a doctor and after some discussion they took her to neonatal for some tests. They told us she would need some antibiotics as they believed she had an infection. As the tests continued, the length of time she would need antibiotics increased. We were told we would be in at least two days.

After 36 hours it was confirmed that Marcie had contracted group B Strep infection and was sent for a lumbar puncture to test for meningitis. Thankfully, this was clear. After 7 days we were finally released from hospital and Marcie finally met her big brother and sister – they had not been allowed in due to Covid.

We have a check-up in a couple of months, but we are so grateful for the quick actions of the staff to find and treat this infection.”