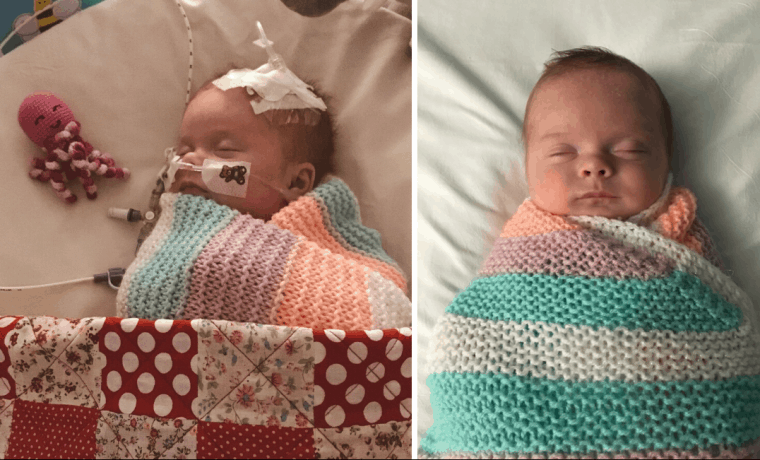 “Our baby Lily was born 8 weeks early on 23rd July 2020 and was in Special Care for 30 days at Worthing Hospital. We had Lily home for two weeks and had just attended an eye appointment for her in the morning. In the afternoon she was very sleepy and refused to drink her milk and we became alarmed when her colour changed suddenly.

We took her to A&E at Worthing Hospital where she was immediately taken to resuscitation. Over the course of the next two hours there was a team of doctors around her fighting to keep her alive and was so scary to watch. We felt so helpless!

As Worthing Hospital does not have a Paediatric Intensive Care Unit (PICU) Lily was sedated, put onto life support and transferred to Southampton PICU.

Lily was on life support for two days, had two MRI Scans, a Lumbar Puncture and various blood tests until they found out that she had Strep B Meningitis that had crossed into her spinal fluid and into the base of her brain. She also had some seizures that the doctors think are due to the infection and she is on anti-seizure medication for the foreseeable future but we are hopeful that they won’t be a long term concern. Lily spent 7 days on the PICU and the doctors and nurses were absolute heroes and will forever hold a special place in Lily’s (and our) hearts.

Lily then spent a further 6 days at Worthing Hospital on the Paediatric Ward where she received the rest of her antibiotics.

We had no idea that GBS could be a problem and at no point was this discussed with us.

We found the GBSS Website after using Google to find resources and information about this nasty infection.

Lily is now at home and is back to her cheeky, hungry, gorgeous little self and we are so grateful to all the Doctors and Nurses at both Worthing and Southampton Hospitals for keeping our little girl with us.”