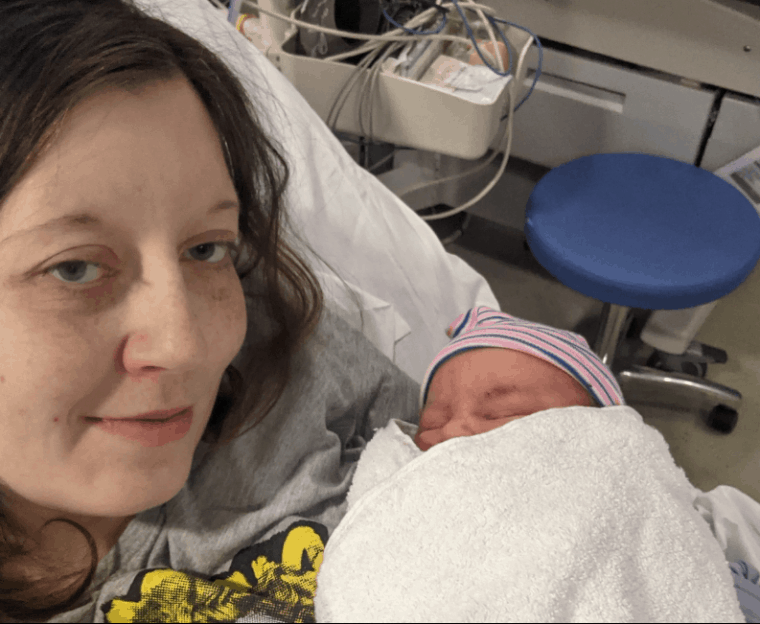 “I found out I had group B Strep when I was about 5 weeks pregnant with my daughter Lilly. I was having excruciating pains very early on in my pregnancy and I took myself up to the hospital to be told I just had an infection and was given antibiotics the next day. I had a call from the early pregnancy unit who asked me to go up and see them and because the pain hadn’t stopped I went up immediately.

When I got there, I was asked if I would agree to a swab to see if they can find the reason for the pains and also an early scan. It took a while before I found out that I was a group B Strep carrier and I was actually one in my first pregnancy with my eldest. I was given some information about it, but it was all too much at first. I was scared and worried for my unborn baby at the time. It took me a while to get my head around it and then I started to look for more information on it and I tried to stay calm whilst having amazing support from my partner.

When I first met my midwife she asked me if I wanted to have antibiotics when I went into labour and I never second-guessed it. I said yes straight away, and I was told I would have more midwife appointments to just to keep an eye on me and the baby. I actually went overdue with Lilly and I started to worry because her movements slowed down and I thought it may have had something to do with the GBS, so I called the hospital and they started me on the pessary. It took a whole day to start working and before I knew it I was in labour and I was given the antibiotics through the IV. I’m so glad my daughter was safe throughout my pregnancy and also I’m so thankful my eldest daughter was okay and that I didn’t get ill.”