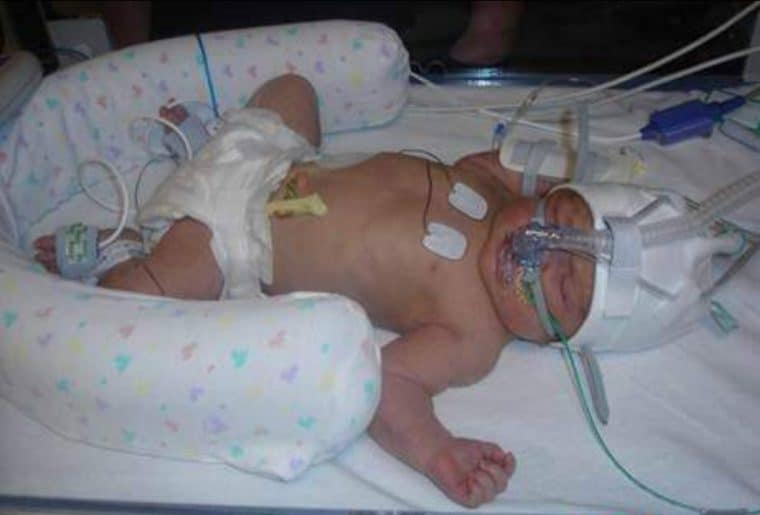 “In 2010 I fell pregnant with my first child, at 18. I was scared and my pregnancy was rough. I tried to prepare as much as possible by reading as many books on pregnancy and babies as I could. On the 11th October, I gave birth to my precious 8lb. 1 daughter, Lilee. The labour was long and traumatic, I lost 4 and half pints of blood. But after a few short hours I realised something was wrong with my baby. I begged and screamed for the midwives to help me, but they assumed my Lilee was constipated and assumed because I was a young first time mum, I didn’t recognise the signs.

It took a few hours of making a fuss until I was finally listened too and Lilee was rushed to the special care baby unit, participating in every possible test. That was when it was discovered that Lilee had contracted newborn meningitis, septicaemia, which was contracted from group B Strep infection. I am a carrier, which until this moment, I had no idea about. In every baby book I had read, I had never come across group B Strep. I knew of meningitis, I knew of septicaemia, but this infection that I would then pass on to my baby, no. An infection that a simple swab would recognise and antibiotics during labour would help prevent the infection impacting the baby.

It was an extremely traumatic time, the guilt overwhelmed me. But luckily Lilee was a fighter and a miracle. Other than having a low immune system, Lilee made a full recovery. We both still continue to have additional problems because of GBS. Thankfully, the charity is incredibly supportive. We continue to fight for women to be routinely tested for GBS in the UK. We raise much needed awareness of the infection by featuring in magazines and newspapers. We have done talks in high schools, Every year we raise funds for the charity in a variety of ways like creating family fun days, colour runs and Lilee cutting off her hair. I couldn’t be any prouder of my Lilee. She has overcome so much and is the most exceptional little girl. Thank you for listening to my story.”

Lilee is the older sister of Ellyse: https://gbss.org.uk/stories/ellyse/