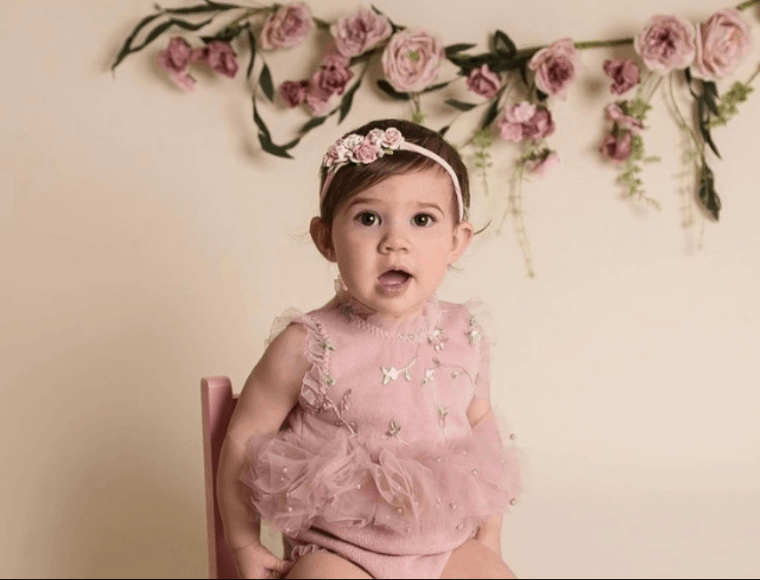 “On my daughter Lexie’s third week birthday, she seemed a ‘bit off’ with a bit of a temp and I wasn’t sure what was wrong so we took her to Urgent Care at Hartlepool Hospital. The doctor said she was fine and it was viral, sent us home and said to see how she was in the morning. Later that night my motherly instincts told me to take her to A & E at North Tees Hospital. Within 20 minutes of being there the room was flooded with doctors, nurses and consultants and I immediately knew that something was seriously wrong. I was crying ecstatically, holding my baby’s hand, screaming “Please make her OK”.

She was put on oxygen, given antibiotics and fluid was taken from her spinal. 24 hours later we were told the devastating news that she had group B Strep meningitis and septicaemia. I didn’t have a clue what group B Strep was. In fact, I had never heard of it! I wasn’t given any information during pregnancy or my previous pregnancy as Lexie was my second and had I known I would have paid for the test myself!

After 3 days at North Tees, Lexie had a seizure and was put on seizure medication. The outlook wasn’t good and they said she needs an MRI to see if she needs brain surgery. We were transferred to the RVI in Newcastle where we spent the next 5 weeks also during the 1st lockdown. The risks outweighed the benefits of the brain surgery and the consultants hoped that the antibiotics would work quickly. However, the MRI showed significant brain damage and we were told that she would have problems and probably not walk or talk. The antibiotics eventually worked, although it was very touch and go at times, and we were sent home and told to wait and see the extent of the problems.

I wanted to do everything I could for my daughter, so I researched neuroplasticity, the brain’s ability to rewire itself after damage. I found a number of people who helped us from the week after leaving the hospital and we started intensive therapy with Lexie with the hope of doing as much as possible to improve her future. She is now 16 months old and I can’t believe what she has achieved. She is hitting all her milestones and is advanced for her age. Her gross and finer motor movements are exceptional and she is now trying to form words. Cognitively she is doing things of a 2 year old, but most of all she is the happiest and most loving little girl who literally thrives on life. She is a true warrior princess and the consultants are amazed at her, saying, “Lexie has defied all medical science”.

We had a happy ending, but I know so many other families sadly don’t. I worked with our local MP who backed us and sent a letter to the health secretary to raise awareness of group B Strep. Sadly our MP resigned and nothing came of it. But I want to give other families hope of Lexie’s story…that the impossible can be possible and early intervention of the right kind is key.”