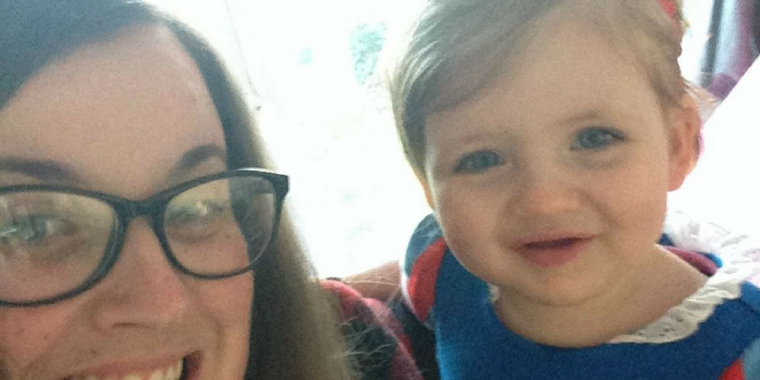 When I was 24 weeks pregnant I went to the doctors as I was showing signs of what I thought was a water infection, the doctor took swabs and a urine sample. I had a call about a week later from the doctor to say I had group B Strep, he gave me antibiotics and that was it.

It was only then when I googled it I found how harmful it could be, I then found the Group B Strep Support Facebook page and felt at ease finding out more information. When mentioned to the midwife, they were very laid back about it. A note was put on my file to say I would require antibiotics during labour. At 32 weeks I developed thrush and was given the same antibiotics I had previously.

Two days before my due date I went into labour but was only in hospital 6 minutes before my daughter arrived, so I had no time for antibiotics. They kept us in for observations for 72 hours (it’s usually 12 hours for observations but I had surgery so had to stay in longer) just in case, thankfully my daughter was and is a healthy little 14-month-old.