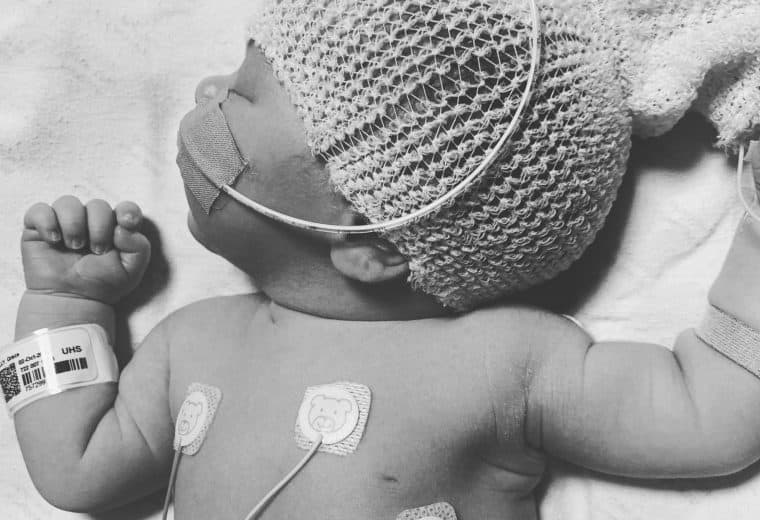 “Hello my name is Katie and I am mummy to Grace who is now 10 months. Here is our story…..

I was one day overdue when I experienced a bleed so the decision was made to induce me. A precautionary swab was carried out at the time. Grace was born beautiful and healthy. Once home I noticed that Grace was extremely sleepy and we really struggled to wake her for feeds. I was becoming more concerned as I could not wake her to feed. We had stripped her down, wiped her face with a damp flannel but she was not waking and it had now been seven hours since her last feed. We took her into hospital where even the midwife struggled and ended up syringe-feeding her a small amount of formula. After spending all day in the hospital monitoring her feeding, we were sent home with the strict instructions that she must feed every three hours or we were to return to hospital.

The next 24 hours were a struggle as Grace was still so sleepy, but it was the next morning where we woke her up for a feed and she seemed to be choking. She was gasping for air. She started to bubble and foam at the mouth and went blue, it was so scary. We called the hospital and were told to take her straight to the neonatal intensive care unit. The midwife asked me if I had received the results of my swab. I said “no”. This is where I found out I had tested positive for GBS. Unfortunately, the results had not come back until two days after Grace was born. Therefore, I was not put on antibiotics during labour. We were told Grace would be put onto a brain monitor, a feeding tube would be inserted, and they would start a course of IV antibiotics to treat sepsis due to my positive GBS. I can honestly say I have never felt fear like it. Our beautiful baby girl went through so much, but Grace was one of the lucky ones and made a full recovery.”