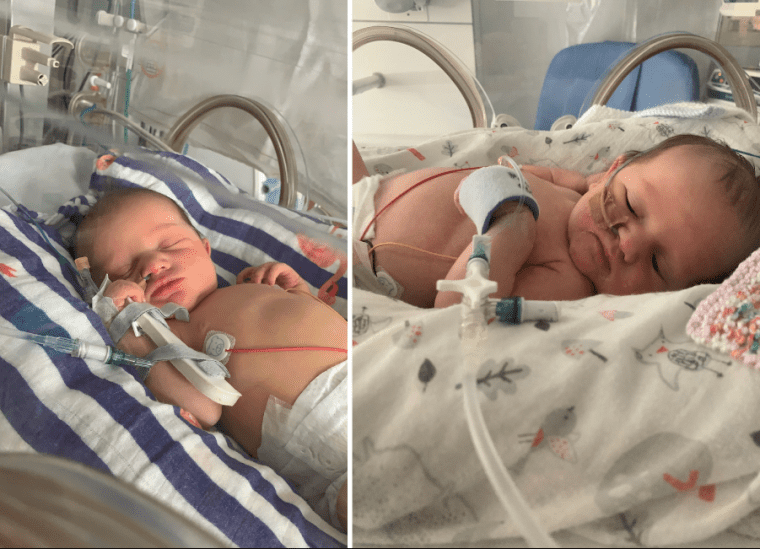 “Grace was born via forceps on the 2nd May 2021. she was fine but was kept in for 24-hour observations. Exactly 24 hours later Grace was due to be discharged and the midwife noticed her breathing was laboured. The next thing I know, she was being taken to the Neonatal Intensive Care Unit (NICU). I was absolutely hysterical. My partner got to us as soon as he could where we consented for a lumbar puncture. Whilst awaiting blood cultures, antibiotics were given and eventually we were told Grace had GBS sepsis. Grace was in NICU for ten days which I can honestly say was the worst time of my life and we are so lucky that we got to take her home. Grace is now six months old and the happiest little girl. I urge everyone to have the test for group B Strep (GBS).