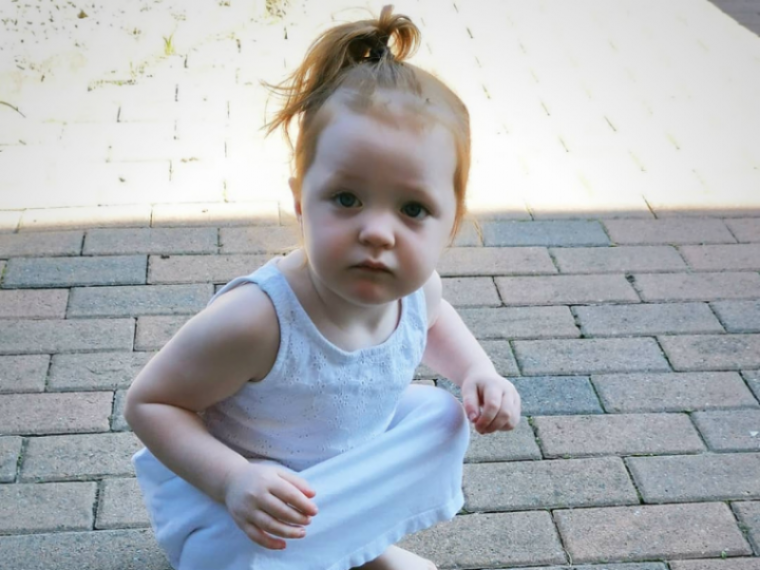 Mum Vivien writes “I fell pregnant with my second daughter in January 2016. The pregnancy was fairly uneventful up until I reached 25 weeks gestation and I started experiencing pain, I headed up to the hospital and by the time I got there, the pain had already started to subside, but to err on the side of caution, the doctors ran some tests and decided to take a few swabs. I went home and carried on as normal. I received a letter through the post a few days later to inform me that I had group B strep. I had never heard of it before but the nurse explained it to me and advised that it would be a case of IV antibiotics during labour to help prevent the infection being transferred to baby. No one seemed too concerned so I did not think too much of it.

Just a few weeks later, at 30 weeks gestation I started to experience similar pain as before and headed back to hospital. Things quickly took a huge turn when the doctor told me that I was in labour, this baby was coming 10 weeks early and there was nothing they could do to stop it.

After a long 2 days of labour, my beautiful daughter Georgia was born. She weighed a tiny 4lb and remained in intensive care and then SCBU until her due date. She came home on oxygen and had a few health problems along the way but she thrived and fought off every infection and illness that came her way (thankfully none caused by group B Strep).

Georgia turns 3 years old next weekend. You could never tell that she was premature. She has thrived in every single aspect of her life and has exceeded all doctors’ expectations.

Now that she is older, I often think back to the day I went into labour and how things could have been very different. I have since educated myself on group B Strep and am aware of the seriousness and long term implications this infection can have.

If I had not taken that trip to hospital at 25 weeks, I would have never known any different. No one would have known and the possible outcome is unthinkable. I am lost as to why the test is not routine. I CANNOT understand why so many babies are being put at risk, when this simple test could save lives.