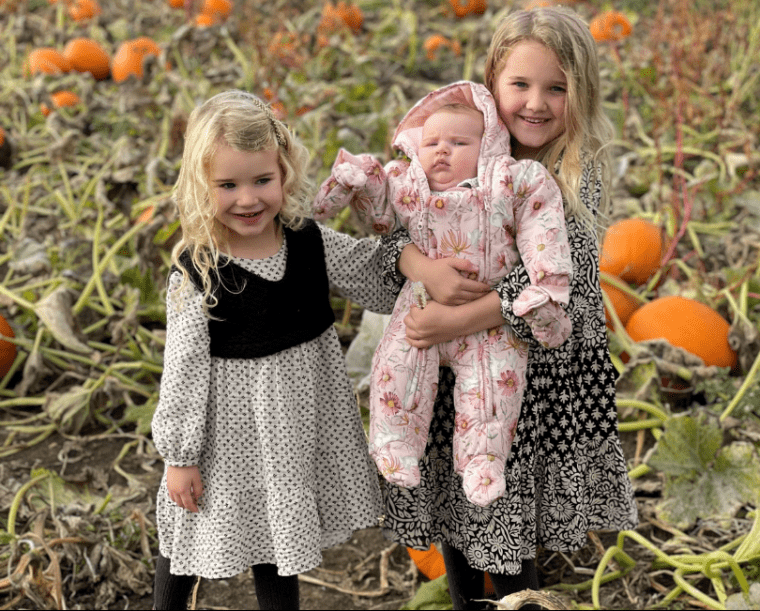 “I’ve had three children, two of whom have had late-onset group B Strep infection.

When my first little girl went down with it she was nine weeks old, she suddenly stopped breathing normally and had mottled skin. She was admitted to hospital and treated on antibiotics for late-onset GBS. I had no idea what this was and the severity of it, the doctors just kept telling me it was a nasty bug and they were treating it.

When I had my second baby I wasn’t screened for GBS and at six weeks she became ill. She had a high temperature, projectile vomiting and a high pitch scream. This was all in the space of a few hours. We were taken to hospital where we discovered the GBS had also led to sepsis and meningitis, she was treated for two weeks and made a full recovery.

I then had my third baby and the consultants were not going to be too careful. They gave me all the right care. I wasn’t screened for GBS because they were going to treat me regardless. I had antibiotics on delivery and then my daughter was treated with antibiotics for three days separately.

All three of my girls have been very lucky to make a full recovery. But going through this is a terrifying ordeal and it can really dampen the early days you have with your newborn, especially when it’s another baby after having one with GBS. I found so much Information about GBS – things like it could have been me passing it on and how they could have contracted it from having dirty hands. I felt like it was all my fault but it’s not and no parent should blame themselves!”