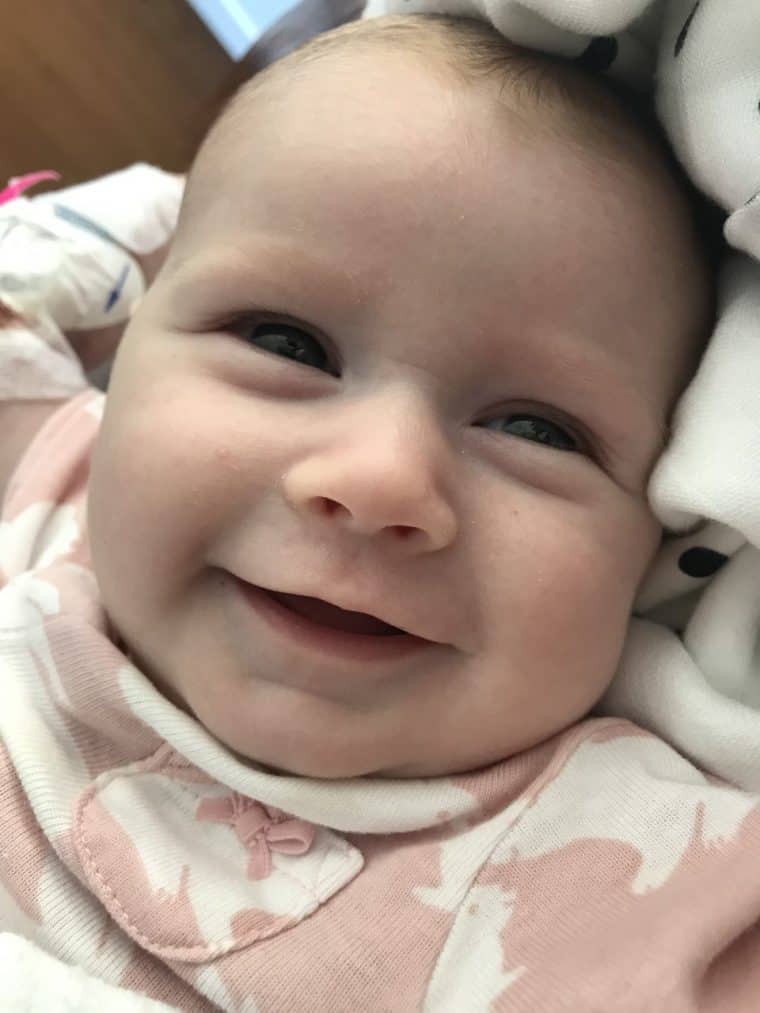 Emma’s mum Kelsey writes, “Emma was born at 41 weeks via induction. She was happy, healthy and gained 3 lbs in her first month of life.

At six weeks old, Emma developed a milk protein allergy and had been vomiting and having bloody stools. We took her to the ER because she wasn’t eating much and seemed dehydrated. She was treated for dehydration and sent home a few hours later. I was told to continue breastfeeding and discontinue eating dairy and soy.

The next morning, Emma began throwing up bile and acting lethargic. Her vomiting became projectile and she couldn’t keep anything down.  We took her back to the ER.

While running more tests, Emma slowly began having a fever which made us realize it wasn’t just an allergy we were dealing with. Emma was diagnosed with late-onset GBS sepsis. I was tested and was negative at 37 weeks’ pregnant (1).

We started to research how dangerous GBS is and couldn’t believe she had both the allergy and infection at the same time. Emma was in the hospital for 16 days and suffered from blood clots from a picc line used for antibiotics and nutrition while her gut healed.

After a month of blood thinner injections and working on regaining her weight, Emma has made a full recovery. Although it is difficult to move on without ever knowing how and when she was infected.”