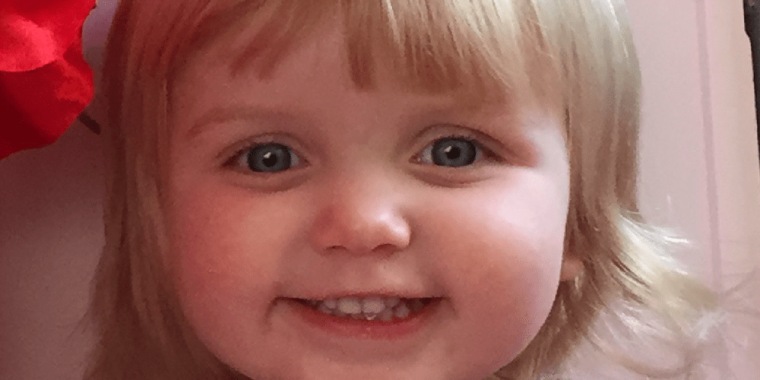 On May 7th 2015 our daughter, and fourth child, Elodie, was 16 weeks old. I had had no concerns about her health during the previous night or really that morning, the only things being she was a little more unsettled than usual and when we walked to school her hands seemed to get cold, however for May it was a cold day.

I went to vote in the general election at lunchtime and on the way out of the polling station she retched two or three times, she wasn’t sick and it didn’t happen again after that. Back at home I put her down for a sleep and after an hour she woke up, again crying, which I took to be due to her being hungry.

We went to an appointment at the bank during which I tried to feed her with little success and at this time she did make a high pitched crying sound which I noticed was unusual, but this didn’t last for long before she went to sleep as I thought, although with hindsight she was probably losing consciousness. During this time she was making a small strange grunting sound on breathing out and as I put her into the car her hands were an unusual colour, at this point my intuition told me to seek some advice and due to her age I decided to take her straight to A&E, about 45 minutes away, although even at this point I was not sure A&E was necessary.

By the time we reached the hospital it was very obvious to me she was really not well and my worst fears were confirmed as she was hooked up to monitors which revealed that her temperature, blood pressure and heart rate were alarmingly distorted, in addition to this she was continuously fitting. There followed a thoroughly surreal and traumatic period in the resuscitation room where medics fought to stabilise her fitting and vital signs, arrange for CT scans to see if she needed to be taken to Queens Medical Centre, and intubate and sedate her before she was sent to intensive care.

We were told that the fitting had been caused by swelling on her brain due to meningitis and she had also been going into septic shock due to blood poisoning, both conditions, we later discovered, were contracted from a Strep B bacterial infection.

The following week was gruelling on her little body as she was given lifesaving but strong medications which made her stomach lining bleed. She was unconscious for 48 hours and when she came round was displaying some very peculiar and repetitive behaviour. In hindsight probably due to being sedated and in pain but to me it seemed she had suffered some catastrophic damage, which was a horrifying prospect.

Due to the levels of infection detected in her body she ended up having a 50% longer course of treatment than usual and we were in hospital for almost a month. Once home she had a clear MRI scan and hearing test, having had gentamicin, but we still had to go through the harrowing process of waiting to see if any lasting damage was revealed. Miraculously despite two separate life-threatening conditions she has grown into a healthy, bright two-year-old. It is possible to have a positive outcome.

To any parents and families faced with this horrible situation please be prepared for the post-traumatic effect it can have on you long after the threat has passed. The fact that I haven’t been able to write this until nearly two years have passed is testament to that.