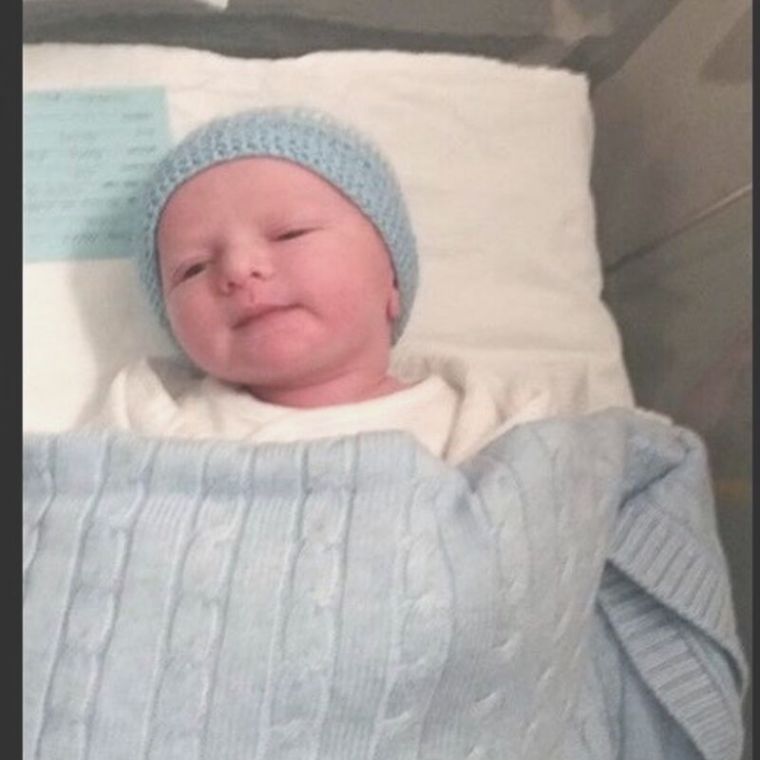 Mum Nicola told us “At around 34 weeks pregnant I had some bleeding and was asked to come to triage they monitored baby and done a swab, they told me before I left that GBS was present. They gave me the yellow stickers for my notes, I found your page on Facebook and wanted to know what it meant. I was terrified after reading others’ experiences.

Around 37-38 weeks I felt as though I was leaking fluids they done another swab and GBS was present again. I got to 41 weeks and had hypertension, they decided to induce labour. The midwife done a sweep and fluids came away in her hand so they swabbed me again. She fitted the cannula and we waited for contractions to start.

Labour progressed very quickly, within 15 mins I was in the delivery room and they sorted the IV antibiotics. I only had the drip for 50 mins before he was born.

His apgar score was 4, he wasn’t breathing or making noise and he was taken out of the room. My first photo of him was taken 17 mins after he was born it felt like a lifetime but by then he was fine.

We were kept in hospital for a full 24 hours, they checked on him regularly and monitored my blood pressure. A midwife came round during the day and said “I’m so sorry we found GBS in the swab we took before your labour started, you’ll need to stay for monitoring” I said, “Yes, thankfully I knew and we’ve has some antibiotics”. She was a little embarrassed, but I suppose she didn’t want to waste time checking my notes before telling me. Still so grateful for that.

We were allowed to leave at 11pm which we did.

He was born in February 2017. So far there has been no health concerns.

I am now 26 weeks pregnant. I have not yet been tested in this pregnancy but I do feel a lot more confident about the actions they’ll take once labour starts.”