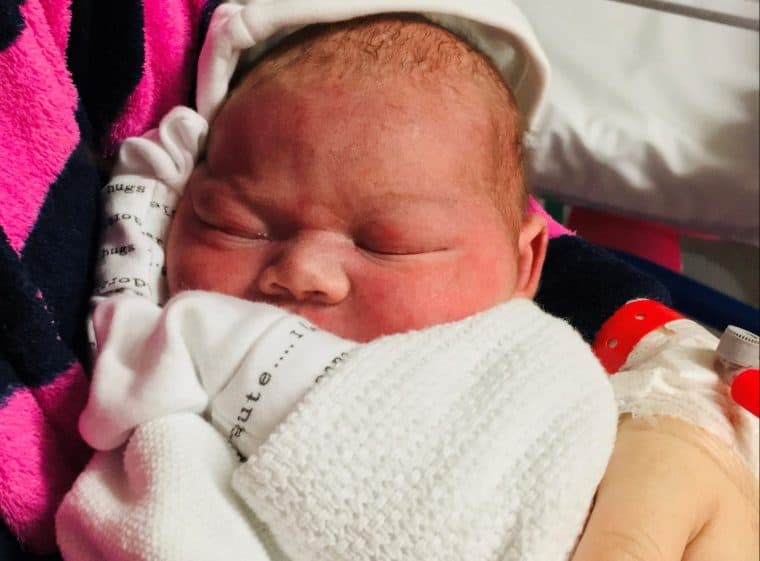 “I found out that I was a carrier of Strep B after suffering a bleed whilst around 29 weeks pregnant. Whilst I was in the hospital, I was tested. I don’t recall anyone telling me they were testing me.

A few days later I received a letter to inform me that I tested positive for group B Strep. I was given a sticker to put on my folder, and informed that in labour, I would have to have an intravenous drip of an antibiotic. I felt shocked and ashamed. I thought Strep B was a sexually transmitted infection, and I did not want to mention it to anyone.

However, I read the GBSS website and joined the Facebook group, making sure no one could see I had joined! I realised that Strep B was not due to a sexually transmitted infection, but was in fact common. My new shock, from reading the information, was how dangerous it was for newborn babies, how did I not know this?

Fast forward to 6 days passed my due date and my waters were slowly leaking. If it was not known that I was a carrier of Strep B, I would not have been asked to go into the hospital to receive the intravenous antibiotics.

Again fast forward to the end of my labour, where my baby experienced shoulder dystocia (this is when the baby’s shoulders become stuck and the head cannot be delivered and the baby cannot breathe until the head is delivered). This meant that my baby was more open to infection from Strep B again. Once delivered, he was taken to be resuscitated.

My heart goes out to all parents that never received a test.

One thing I actually do now, when I have pregnant friends, is to tell them about group B Strep and to give them the opportunity to research and educate themselves, and at least then they have the option to decide to pay for a test. A test I feel, should be routine and free.”