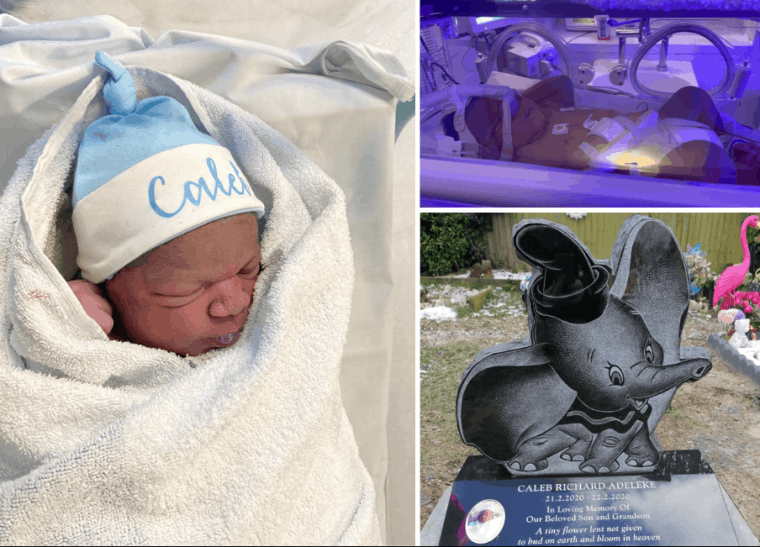 “I have never heard of group B Strep before in any of my pregnancy appointments and I wish every pregnant woman could get tested, as if I had been tested in my first pregnancy, it might’ve saved my baby boy.

When I was pregnant, I didn’t notice anything wrong. I had my usual midwife appointments, and everything seemed good, plus I was told my baby was healthy, just a little on the big side. I joined the big baby trial and got induced 2 weeks early due to the size of my son. My waters broke and I was rushed in to have a C-section as my son’s heart rate had dropped. The C-section was successful and the doctors had done all the checks on my son. He seemed to be healthy.

An hour later, I was worried about his breathing, so I got the nurse to check him. They rushed him into ICU. My angel was very ill and it seemed like nobody knew why. The doctors were working very hard to keep him alive and we all still had hope that he would soon be in our arms. Our angel was transferred to another hospital where he sadly passed away. That was the last time I saw my son born on the 21st February 2020. He passed away 22nd February 2020. The cause of death was sepsis secondary to pneumonia.

I became pregnant a few months later and that is when I had a test for group B Strep, which came up positive. The only reason I got this test and heard about group B Strep is because my first son passed away. I had a C-section and was given antibiotics before the C-section. My rainbow baby was healthy and was looked after very well at the hospital. He is now 5 months.

It still makes me angry to think one test during my first pregnancy could have saved my son’s life and if every pregnant woman was to have this test it would save many babies’ lives. Charity Group B Strep Support is a great way for pregnant woman to be aware of group B Strep and I am happy this charity is around as it has opened my eyes to see how many women have actually suffered with this.”