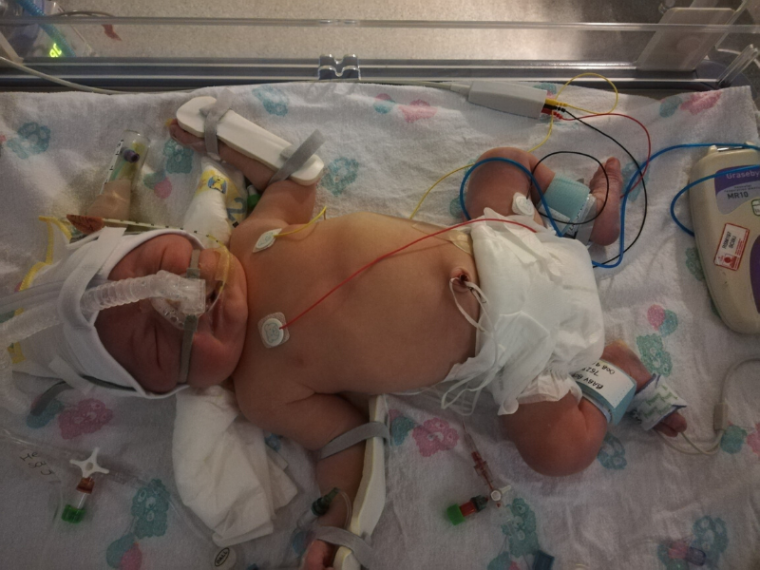 Our baby boy Quinn arrived on January 9th after a three-day induction process. All was well initially and we were excited to get him home to his two older siblings. However, as we did our discharge notes with the midwife we all noticed his colour changing to a dusky purple and the continuous grunting sound he was making.

A paediatric doctor came and Quinn was taken to the special care baby unit (SCBU) and started immediately on antibiotics. After a few hours, it was evident he had been really poorly and the tests revealed it was group B Strep sepsis. He spent 14 days in SCBU, initially needing help to breathe too. He had to have a lumbar puncture and so many other tests but he responded well to his medication and did brilliantly. Fortunately I was able to stay with him in the SCBU accommodation and we managed to breastfeed successfully.  The staff in SCBU were all so fantastic, looking after us in our hour of need just as well as they took care of Quinn.

Quinn is eight months old now and is absolutely thriving in our family. We’re so proud of the strength he has and so grateful to the medical team that treated him. I found out about the GBS test after my second baby and made a mental note to be sure to get tested if we had another baby. Unfortunately, I simply hadn’t remembered and so I never knew I was a carrier.