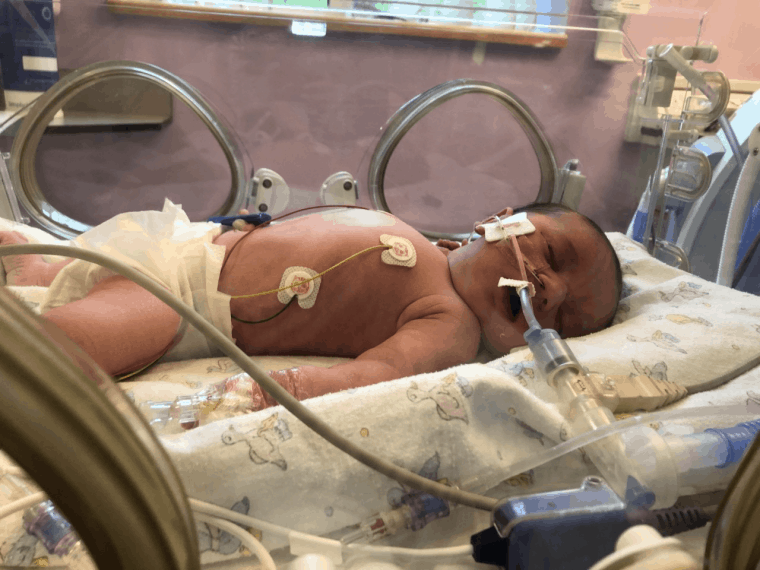 “I had a very normal and healthy pregnancy but unfortunately at 24 weeks I had a bleed which led to a short hospital stay. As part of their investigations they did a swab which tested positive for group B Strep. I had already, after awareness raised by a friend decided to get tested later in my pregnancy.

When it came to the birth I had two rounds of antibiotics, the last only 2 hours before I gave birth. However, when my daughter was born she was in respiratory distress. Our midwife was amazing, as was all the team. She was whisked away to the NICU and intubated. It was very scary, but she was off the ventilation after 12 hours and improving constantly. She was diagnosed with pneumonia and sepsis. We stayed in hospital for 5 days so she could receive treatment.

We are so so lucky, as I had antibiotics so she made a great recovery, without any lasting effects. Had I not, it could’ve been a completely different ending. Pip is now 16 months and doing amazingly!!”