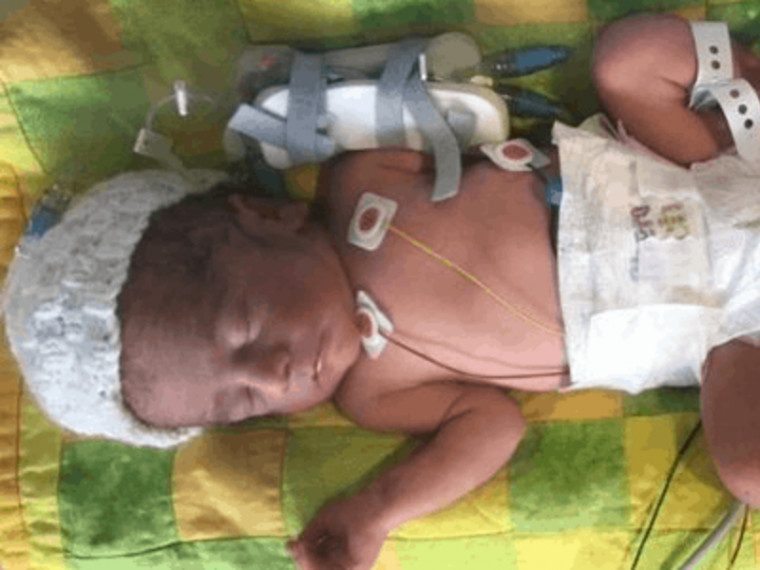 Freddie was born at 31 weeks after becoming distressed in labour and I was rushed for a category 1 emergency c section under general anaesthetic.  My waters had gone and I was left 6 days without any antibiotics or an induction of labour.  I went into labour on my own because I was already septic due to group B Strep entering my blood stream.

Two days before Freddie was born a routine scan found problems with Freddie’s brain – ventriculomegaly on the left side. Ecoli and listeria were also found in both mine and Freddie’s blood tests. After he was born he had to undergo weekly ultrasound scans on his brain and then had an MRI scan which revealed cerebral palsy.  Freddie is now 1 and currently waiting his next MRI scan under general anaesthetic to check his brain again and the cerebral palsy.

I also ended up in intensive care as I had no red or white blood cells or platelets and ended up with multi organ failure.  I had to under-go blood transfusions and so many different antibiotics to save my life.  Luckily I survived but I lost all my hair and my brain and heart were left with some damage. I have post sepsis syndrome so some days are great and other days I really struggle. I’m also waiting for corrective surgery on my bowel and ovary due to mistakes being made in the rush to get Freddie out so quickly.

It’s honestly been one of the toughest years of my life but I am so grateful that I’m alive and here to be able to share my story.