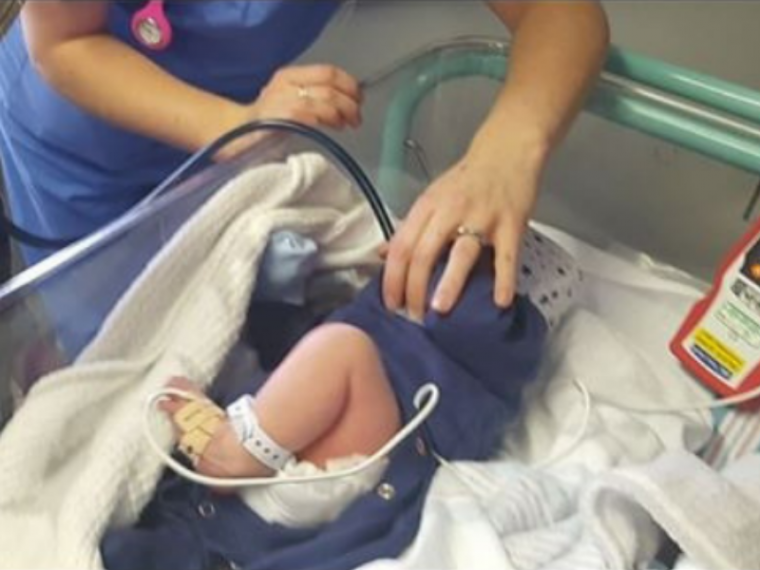 A year ago today I was told at 38 weeks pregnant that I had GBS (group b strep) which can be lethal when passed on to newborn babies. Not once was I informed about this during my pregnancy.

I did what any pregnant woman shouldn’t do and start googling stuff. My husband and I were staring at words such as septicemia, meningitis, disabilities and even death. What on earth was going to happen to our baby?

I took oral tablets and was on IVs in labour and even after labour. Alexander was born at 39+3 weeks. He was given precautionary antibiotics as they didn’t know if he had caught the infection. We were then told the next day Alexander’s infection levels in the blood where very high and he needed a lumbar puncture. Did he have meningitis? We later discovered after days of tests and bloods he had septicaemia and he was put onto two different antibiotics to make him better.

The midwives, neonatal team, pediatrics and Doctors in Antrim hospital did an incredible job and without them my baby may not even be here fit and healthy today.

GBS doesn’t affect all babies and some babies are not harmed whatsoever but I would seriously urge ALL pregnant woman to ensure they have this test done.