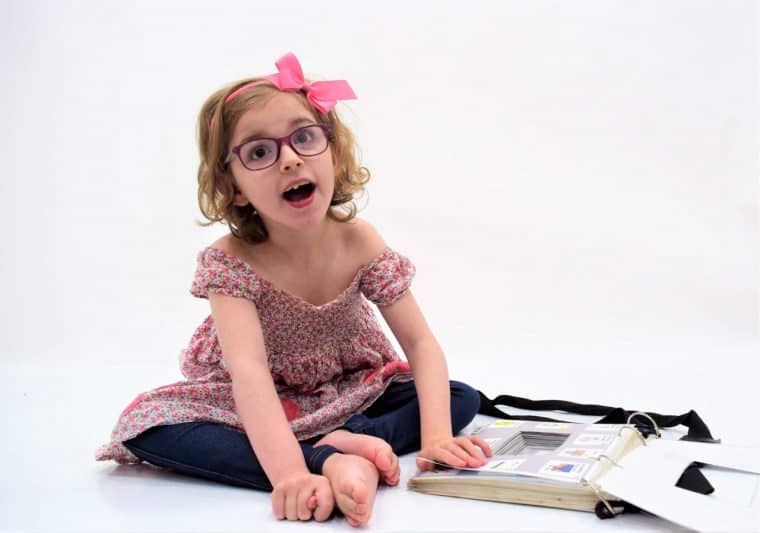 Finding out I was pregnant was the most exciting thing that could happen to me. Leading up to the ‘big day’ was brilliant. Buying all baby things related with my sister who also found out she was expecting too. I loved every minute of being pregnant and even enjoyed going into labour.

Cradling my newborn baby girl, Aimee, weighing at 6 lb 6 oz, I was over the moon. But on the ward things didn’t look too good as my baby was screaming and was not feeding. ‘What’s wrong’ I asked. They just told me that she is newborn and is adjusting to the world.

The next day I took her home accepting what they had said to me. At home things was still the same as Aimee continued to scream and not feed well. ‘Don’t panic’ my mum said, ‘you have the paediatrician appointment tomorrow, they will check her over.’ Anxious, we went to the three-day check with this burning question ‘Is she ok?’ They did a heel prick test as Aimee was very jaundiced. It took 2 attempts as her feet were very blue and her blood was as dark and thick as tar. As she checked everything, we told her about her feeding and her crying and again we heard ‘newborn behaviour’. Again, we took her home but this gut instinct inside told me to tell the midwife something wasn’t right.

As the midwife arrived on day 5 and held Aimee, instantly she became floppy and very hard to wake up. ‘I’m calling an ambulance!’ A lump came in my throat. The ambulance came and we went straight to the paediatric ward. The nurse tried her with some milk and she seemed to perk up. ‘We’re just going to do a heel prick test because of her jaundice and watch her feeding and you can go home.’ For a moment I felt relieved, but it wasn’t for long.

The doctor came back and said, ‘We will have to do a lumbar puncture.’ Not knowing what this was, I agreed. Hearing her piercing screams sent a shiver down my spine. As soon as she come out the room, they whisked her away to the high dependency room. ‘Your baby has meningitis.’ My world crumbled around me, I was in utter shock. ‘How? Why?’  All these questions was running round my head. ‘The next 24 hours are going to be critical.’

I did not sleep and sat by her side and did not move from that spot. Tubes was running in her tiny body, pumping antibiotics and anti-convulsion medication into her tiny body. She had a feeding tube fitted too to give her lots of fluids to make her hydrated. Aimee had 3 fits and they were very scary to watch but as the next few days progressed her stats improved. My little baby girl was fighting back.

They found out what type of meningitis and septicaemia she had, it was bacterial group B Strep and what was worse is that I passed it onto her as I was a carrier!

The next 3 weeks, the hospital was mine and Aimee’s home. Everyday she showed improvement and signs that she was getting better. We were limited in visitors and I felt very lonely and isolated in a very tiny room that had two small windows out looking a roof.

Aimee had a few cranial ultrasounds on her brain to see what damage, if any, the meningitis had taken on her. The results came that she had scarring on her brain and was diagnosed with PVL.

On 18th August 2011, Aimee was discharged from the hospital. She had beaten this horrible illness but was left was severe consequences. Aimee has brain damage as a result of the GBS meningitis and has been left physically disabled, At 2 years old she had the diagnosis of quadriplegic spastic cerebral palsy and pseudobulbar palsy, along with learning difficulties and sensory issues. She can not sit, stand, walk or talk and she has a tube feed, but also eats orally with limited food. Every day is a challenge and it’s hard to look after a disabled child, although she does bring me so much joy.

I do however have anger inside of me that GBS is so easy to prevent, so why are they not doing more to routinely test it in pregnancy? That is my question as Aimee’s disability would most likely be non-existent.

Aimee is now 5 years old and she is a happy little girl and takes every day as it comes.