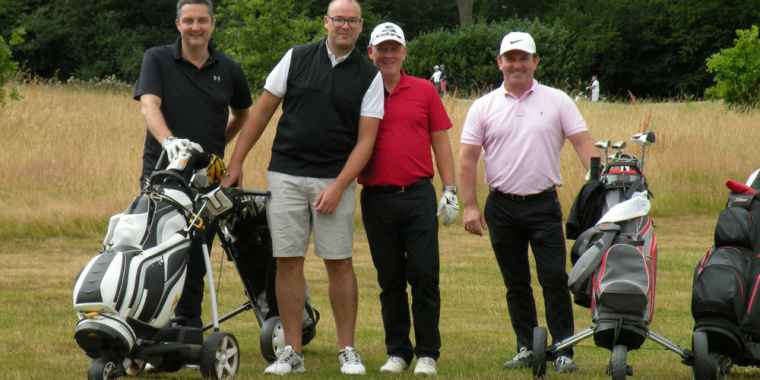 Lovely to hear all about the Annual Ginder Memorial Golf Day from Lynsey and Craig in memory of their son Frankie.

On Friday 14th July, the Annual Ginder Memorial Golf Day was held at Aldwickbury Gold Club in Harpenden, Hertfordshire.  This year the golf day was in aid of Group B strep Support, in memory of our son Frankie.

In November 2014, our son Frankie was born a healthy baby boy, however after a short while he became very ill and 4 days later he passed away.  We later found out the cause of his death was sepsis due to a GBS infection.  Since that day we have vowed to let his memory live on through raising vital awareness and funds for such an amazing charity as GBSS.

M. K. Ginder and Sons is a local funeral directors run by our good friends Adam and Daniel Ginder.  For the past 6 years they have run a successful golf day for many different charities and it has always been a huge success. Early this year they announced that they had picked GBSS as this charity – it was such a honour that they picked GBSS as it means so much to us..

The day itself was a brilliant day, we had over 80 golfers in attendance – some very experienced and others not so much.  The golf was followed by dinner, drinks, a raffle and auction followed by (and most importantly) prize giving! There was also a little speech by myself to ensure everyone understood the important work that GBSS do and how vital funds are to continue the great work.

Well over 30 local businesses donated prizes and sponsored holes, so many friends and family got involved.  We cannot thank everyone enough, especially Adam and Daniel, for all their support.  I am very pleased to confirm that the day raised £5,800.”