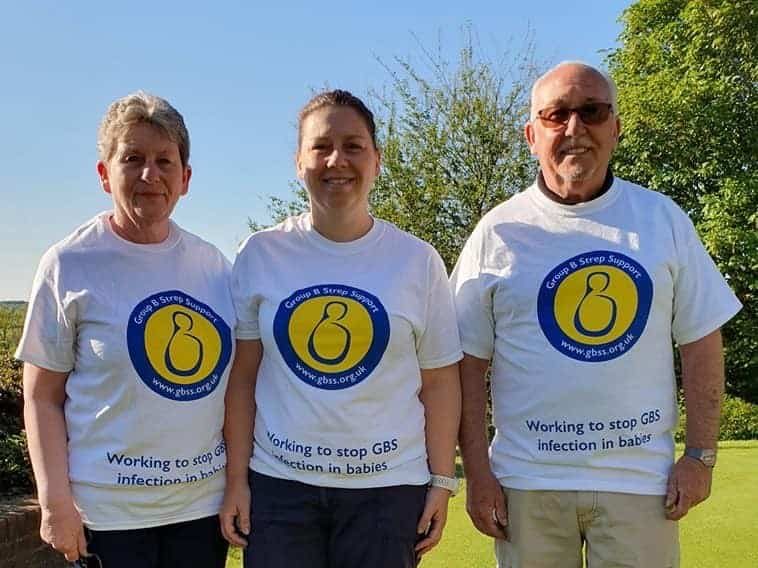 I have just finished my year as Lady Captain at Shirehampton Park Golf Club in Bristol. I’ve been a member there since 2002. I’d been asked numerous times over the years to be Lady Captain but one the main reasons I have left it until now to do was because I didn’t have a charity that meant something to me personally to fundraise for.

I had my first son Freddie in 2014. At around 24 weeks into my pregnancy, I had a small bleed and visited my local DAU. Whilst I was there I was tested for group B Strep. The test came back positive. I was then given lots of information from my midwife about group B Strep and what it was and what it meant for me and my baby. Freddie came along in June 2014 and even with the IV antibiotics I had during labour, he still contracted the illness. He was very poorly for the first week of his life and spent time in the NICU ward. Luckily he responded well to the medication and we came home and settled into family life.

I had my second son Theo in 2016. I was tested in this pregnancy as well to see if I had group B Strep. Again the test came back positive. Just like Freddie, Theo became very poorly soon after being born. Another week in the hospital, but thankfully Theo responded just as well to the medication and we went home and became a family of 4.

What I didn’t know until after having both children, is that this isn’t tested for routinely in every pregnancy. I just assumed that it was. When I looked into the illness, I couldn’t get over how common this is and yet I’d never heard about it before.

When I went back to playing golf after having the boys, I got asked again whether I would consider becoming Lady Captain. I jumped at the chance this time as I knew I had something that I wanted to fundraise for. Not only that, but I could also try and help raise awareness about this awful infection that causes so much devastation to parents and babies.

I have loved my year as Lady Captain. I’ve held golf days, wine and cheese nights, pamper nights and had coffee mornings and raffles.

In total I have raised £2056.20 which considering we have a small ladies section of around 25, I am absolutely over the moon.

Raising money for a charity that means so much to me and my family has been an absolute honour. Fingers crossed this money will help spread the word even more and make people aware of something that is so common and yet few people actually know about it.