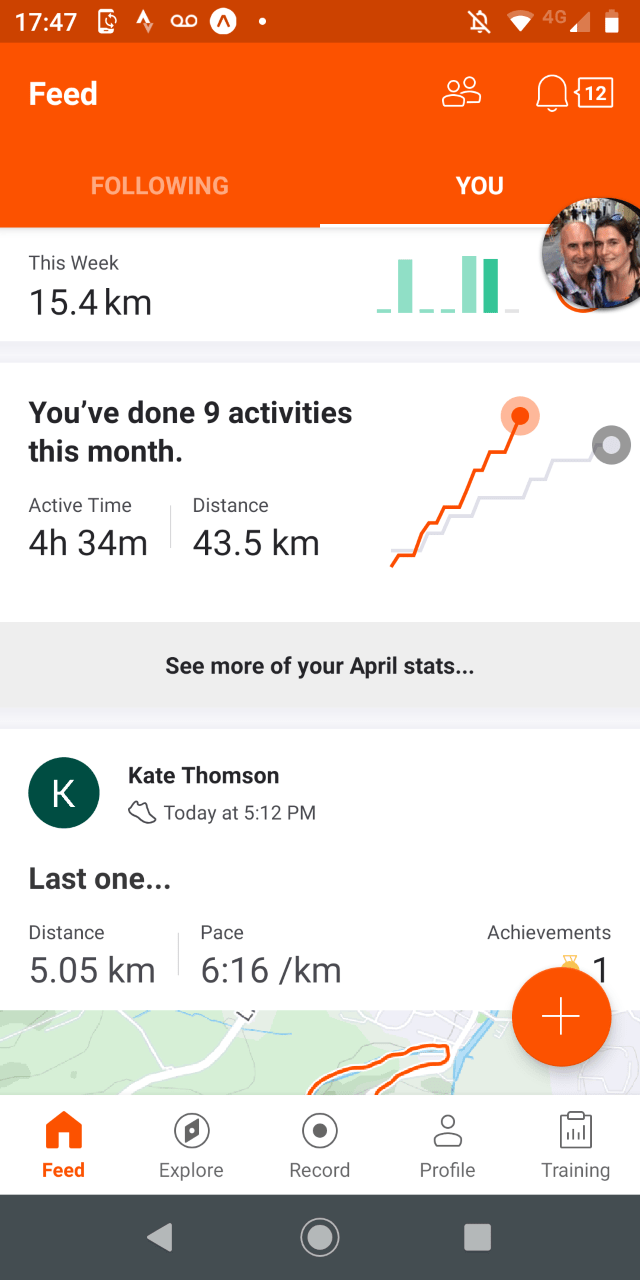 Kate signed up to take part in our Virtual Steps against Strep and completed the distance of a marathon. Kate tells us:-

How and when did you become aware of Group B Strep Support?

I was given an advice sheet at the hospital when I had my first baby and was told I had Group B Strep. I was horrified as I had never heard of it, was shocked at the implications so rang GBSS and spoke with Jane Plumb who was amazingly supportive and explained things for me.

What made you decide to fundraise for Group B Strep Support?

I am so lucky my baby wasn’t affected. I had to fight to be tested on my second baby and it was only on my third that I was routinely tested and given antibiotics. For this reason, I am so grateful to GBSS for campaigning and highlighting group B strep – I have seen the impact it has made.

How did you finding the fundraising?

It is not a great time to be fundraising in the middle of the pandemic so I didn’t ask anyone I just donated myself and my family made donations. Money is very tight all round at the moment so I just wanted to make a personal donation.

If you could say one thing to someone who was thinking of fundraising for Group B Strep Support, what would you say?

It is a very worthy cause and the team is very grateful to be able to promote awareness and prevent newborn deaths and disabilities. Anyone can carry it without any symptoms but the effects of having a baby when you haven’t been tested can be devastating.
I read the Facebook post explaining that GBSS was going to lose lots of their fundraising as the London Marathon had to be cancelled due to Coronavirus and they had launched a Steps against Strep challenge. I have long wanted to run the distance of the London Marathon but as I have arthritis in my hips and knees it is not something I would ever risk doing. I want to stay fit and mobile for as long as possible! Instead, I decided to challenge myself to run the distance in the month of April and preferably before my birthday on 19th April. I used my once a day exercise allowance to run and completed 43.5km (27 miles) on the 18th of April.